There's little follow up on the #MeToo movement, but thanks to a certain Hardik Pandya, 'gender sensitisation' has once again become a hot topic in India. 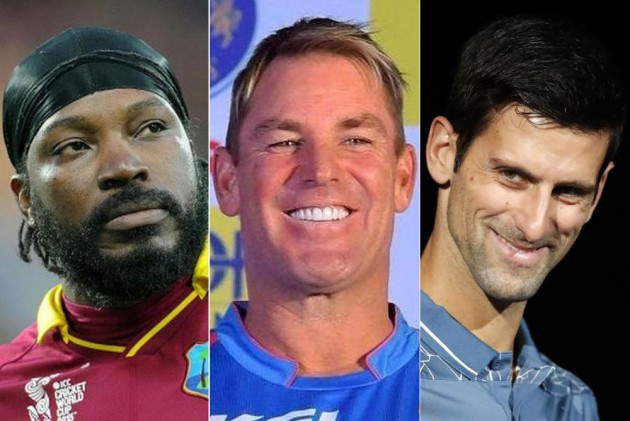 There's little follow up on the #MeToo movement,  but thanks to a certain Hardik Pandya, gender sensitisation has once again become a hot topic in India.

The flambouyant cricketer was subsequently suspended along with his partner in crime K L Rahul for their loose talk on a TV programme. But that should not be the end of it.

For long, sport, like in any other aspect of life, has been the playing field for sexism. Here we list 6 recent sexist incidents in sports.

Legendary West Indies opener stunned the world when, during a sideline interview while playing for the Melbourne Renegades in the Big Bash League,  he asked Channel 10 reporter Mel McLaughlin whether she’d like to get a drink before coming straight to “don’t blush, baby”.

Aussie legend has courted controversies for various reasons, but none were so infamous as his sex rows. In 2003, a South African woman accused the spin legend of making lewd calls and sending dirty messages to her.

It was supposed to be Norwegian Ada Hegerberg's big night at the 2018 Ballon d'Or. But it was ruined by DJ Martin Solveig's question: Can the world's best woman football player twerk?

French player Alize Cornet got a rebuttal from the chair umpire for changing her shirt on the court at the  US Open. It was the latest example of ways in which men and women are treated differently in tennis. And not to forget the catsuit controversy involving Serena Williams at the French Open.

Former Formula One supremo Bernie Ecclestone is known as a serial offender when it comes to sexism. But his most infamous statement in 2016: "I don't know whether a woman would physically be able to drive an F1 car quickly, and they wouldn't be taken seriously". Yes, disgraced former FIFA boss Sepp Blatter was also known for saying on that. The Swiss suggested that female players wear tighter shorts to promote "a more female aesthetic".

The top-ranked Serbian broached on the long-standing topic of equal pay. But his take on the matter was shot down by many. He, in fact, urged fellow male players to fight for more. His argument was purportedly based on "who attracts more attention, spectators and who sells more tickets".