The Ugandan team was the second, after the Australian women’s softball team, to arrive for the Olympics, which open July 23. 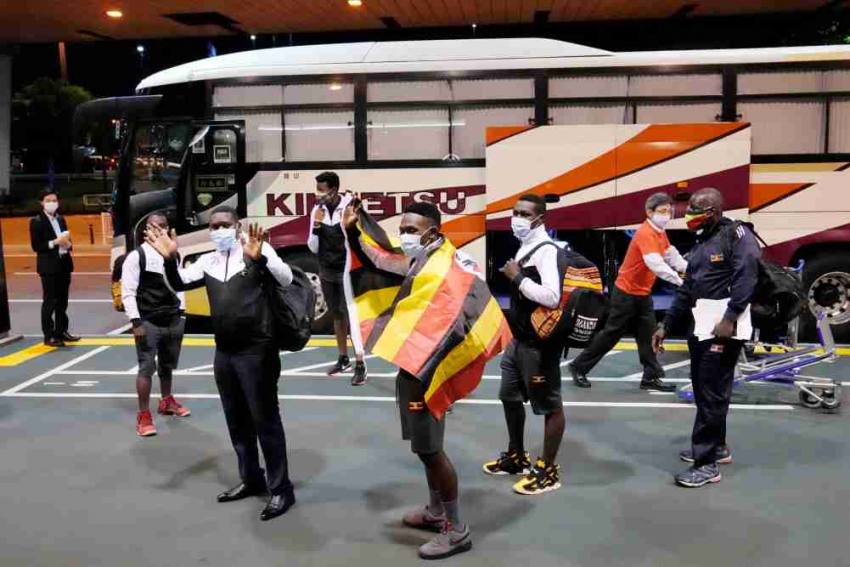 Members of Uganda's Olympic team prepare to leave for Osaka, at Narita Airport in Narita, near Tokyo early Sunday June 20, 2021. A member of the team has tested positive for the coronavirus and was barred entry into Japan, in the first detected infection among arriving athletes for the Tokyo Games opening in five weeks.
Sadayuki Goto/Kyodo News via AP
Associated Press (AP) 2021-06-20T09:38:03+05:30 Tokyo Olympics: Uganda Contingent Member Tests Positive For COVID-19 On Arrival, Denied Entry 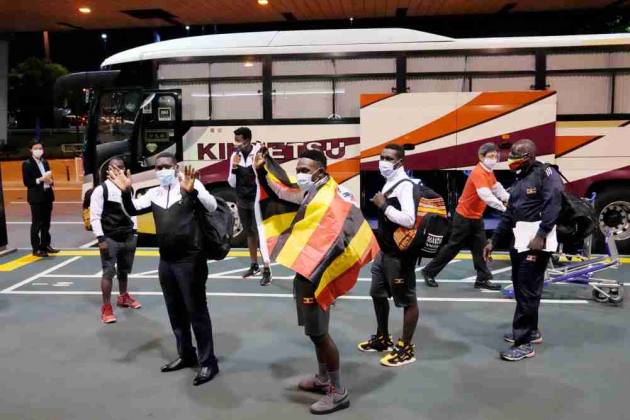 A member of Uganda’s Olympic team has tested positive for the coronavirus and was barred entry into Japan, in the first detected infection among arriving athletes for the Tokyo Games opening in five weeks. (More Sports News)

The eight other members of the team left early Sunday by chartered bus for host town Osaka, central Japan, where COVID-19 cases are still being reported.

Yasutoshi Nishimura, a minister in charge of economic policy, said on NHK TV Sunday that the government was looking into what had happened with border controls.

The athletes, arriving late Saturday at Tokyo’s Narita airport, were all fully vaccinated with the AstraZeneca jabs and had negative PCR tests before boarding, the Asahi newspaper reported, quoting an anonymous Cabinet Secretariat official.

The team member who tested positive was not identified.

Critics have raised serious question about the risks of holding the Olympics amid a pandemic. But the IOC, Tokyo organizers and Japanese government insist the Games can be held safely.
"Let's all wait a minute," opposition lawmaker Renho said on her Twitter account.

"This time, nine people arrived. For the Olympics, 100,000 people will be arriving. This is no time to be talking about how this will be a moving experience for our children."

Japan requires a two-week quarantine for overseas arrivals, but the Olympic team isn’t subject to the same border controls.

The organizers are expected to decide Monday on allowing some local fans in the stands. Plans for mass public viewing sites in Tokyo were canceled Saturday.

Fans from abroad were banned several months ago. Before the pandemic, Japan had been counting on the Olympics to deliver booming tourism and consumer spending.

The Ugandan team was the second, after the Australian women’s softball team, to arrive for the Olympics, which open July 23.

Uganda is seeing an alarming rise in COVID-19 variants and has just tightened lockdown measures. About 590 deaths have been reported, likely an undercount, given the scarcity of testing.

In Japan, a state of emergency to curb the spread of the virus in Tokyo, Osaka and other urban areas ends Sunday, although daily cases are still growing by several hundred.

There has been no lockdown in Japan. The so-called emergencies, which have lasted for most of this year, focus on having restaurants and stores close early, limiting crowd size at venues, and asking people to social distance, work from home and wear masks.

The vaccination rate in Japan is the slowest among developed nations, with about 6% of the population fully vaccinated. Although the rollout is gradually picking up, most people are unlikely to be fully vaccinated ahead of the Olympics.

More than 14,000 people have died from the coronavirus in Japan. (AP)