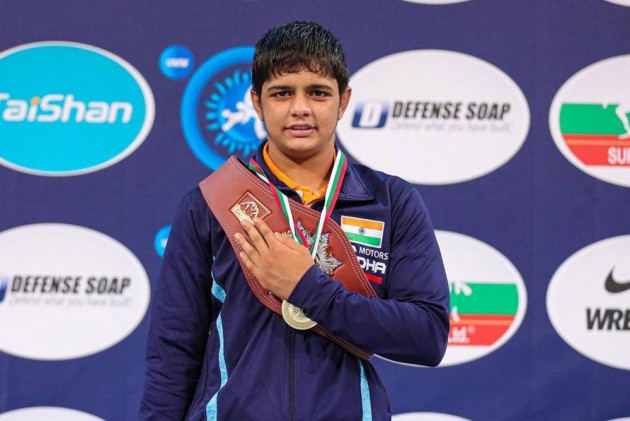 Young Indian wrestler Sonam Malik was on Monday placed in the challenging bottom half of the women's 62kg draw, where she will open her Olympics campaign against Asian silver medallist Bolortuya Khurelkhuu from Mongolia.

The 19-year-old will be the sole Indian wrestler in action on Tuesday.

Relatively new to the big stage, every single bout will be a test of character for Sonam, who qualified for the Tokyo Games by making the final at the Asian Qualifier in April in Almaty.

Khurelkhuu is more experienced than Sonam and has stood on the podium on both the occasions she took the mat this season but the Indian is not intimidated.

Sonam came into Olympics after recovering from a right knee injury that did not let her fly to Russia for training in build-up to the Games.

"I am fine. There is no pain in my knee. It's neither tough nor easy draw for me," Sonam, who earned a name for herself by defeating Rio bronze-medallist Sakshi Malik four times, told PTI after the draw ceremony.

If Sonam manges to cross the first hurdle, she will most likely find 2018 world champion Taybe Mustafa Yusein from Bulgaria in the quarterfinals.

"It does not matter what the draw is. Sonam is not taking any pressure. She was even ready to take on Japan (Yukako Kawai). So, she will do well," said her personal coach Ajmer Malik.

Kawai is 2019 World Championship bronze winner and if at all she clashes with Sonam, it will be a bottom-half semifinal.

The draw is such that the repechage route may open up for Sonam if she does not go deep on her own.