India had its biggest ever boxing team competing at the Tokyo Games, of whom only Lovlina Borgohain could finish on the podium with a bronze medal. 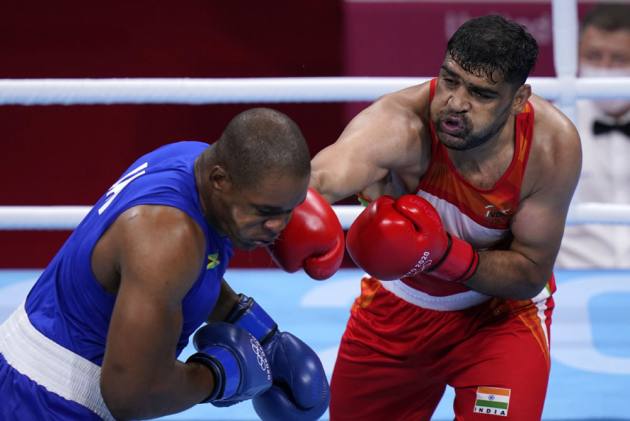 Indian boxing's coaching staff could be "completely overhauled" in the next three months depending on how the world championships pan out, a national federation source has told PTI, revealing that there is "dissatisfaction" with the Tokyo Olympics performance. (More Sports News)

It is reliably learnt that the two High Performance Directors Santiago Nieva (for men) and Raffaele Bergamasco (for women) along with the national head coaches C A Kuttappa (men) and Mohammed Ali Qamar (women) are under intense scrutiny at this point.

India had its biggest ever boxing team -- five men and four women -- competing at the Games in July-August, of whom only Lovlina Borgohain could finish on the podium with a bronze medal.

It was the country's first boxing medal at the Games in nine years, but more was expected given the top form the pugilists had shown leading up to the showpiece.

"Nobody (in the federation) is happy with the Olympic performance. So, as was promised, a review is on and it will be a long drawn process, which will take a couple of months. Nothing is changing till the two world championships are done with," a top source told PTI.

"Who knows, there could be complete overhaul after that but we will have to wait and watch for two-three months," he said when asked whether the coaching staff is set for a revamp.

The men's world championship will be held in Serbia from October 26, while the women's competition is scheduled for December.

The Boxing Federation of India has granted three months' extension to Nieva and Bergamasco to ensure continuity for the two big events, where the national champions will represent the country. Their contracts were originally meant to end after the Tokyo Games.

The men's Nationals start on Wednesday in Bellary, Karnataka while the women's event is set for mid-October.

The developments are in line with BFI President Ajay Singh's assertions during the Games when he had ruled out any knee-jerk reaction but promised a review nonetheless.

None of the male boxers could make the medal rounds with Satish Kumar (+91kg) being the only one to enter the quarterfinals in Tokyo, earning plaudits for fighting his last-eight bout with 13 stitches on his face.

"A lot will depend on the world championships, let's see how they go," the source said.

However, the BFI has started meeting some prospective candidates and one standout name to have got an audience with Singh is Cuba's B I Fernandez, who coached the men's team for over a decade and became the first foreign recipient of the Dronacharya award in 2012.

Fernandez, along with the now-retired Gurbaax Singh Sandhu, were at the helm of men's boxing when India won its maiden Olympic medal in the sport in 2008.

"I have had discussions with the BFI for the women's team role and they have asked me to submit my action plan. I will do that in the next couple of weeks," the 66-year-old, who coaches at Mohali's Punjab Sports University, told PTI.

The BFI source confirmed the development.

"He was brought here by a couple of our boxers and he has been asked to present his vision but this is all a part of the review that is going on. It will take a while for anything to materialise," he said.

Both Nieva, hailing from Sweden, and Bergamasco, who is an Italian, have expressed their desire to continue in the past but also acknowledged the pressure they are under.

Kuttappa, who has been a part of the national camp for long, took over as men's head coach in 2018, while Ali Qamar came on board a year later.

The BFI president had backed the boxers as well as the coaching staff in Tokyo, saying that he would not overlook the unparalleled results of the past four years which included two medals for the first time at the men's World Championships and never-seen-before hauls in the Asian and Commonwealth Games.