A student of political science in the Delhi University's Lady Shri Ram College for Women, Manu Bhaker's exams start on May 18 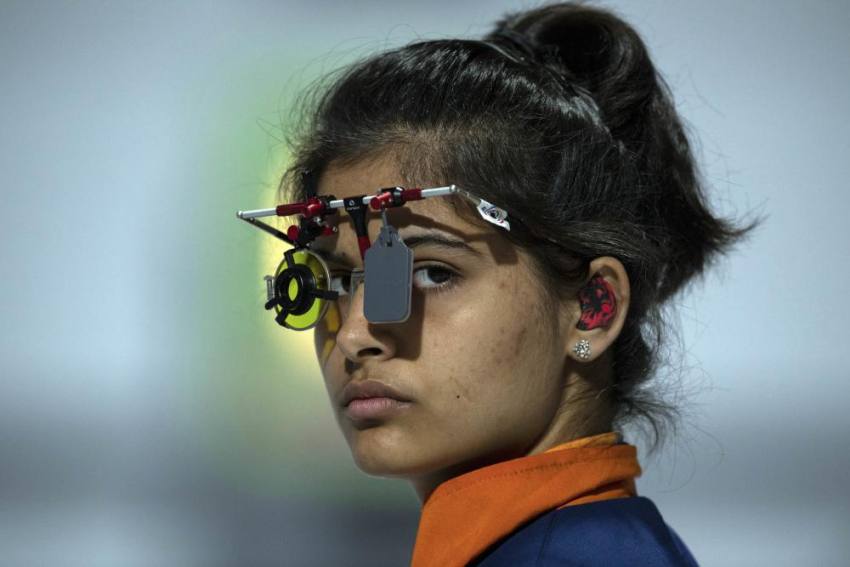 Manu Bhaker has been selected for three events in the upcoming Tokyo Olympics, scheduled to be held from July 23 to August 8.
File Photo
PTI 2021-05-16T15:07:02+05:30 Tokyo Olympics-bound Manu Bhaker To Write BA Exams While Shooting In European Championships 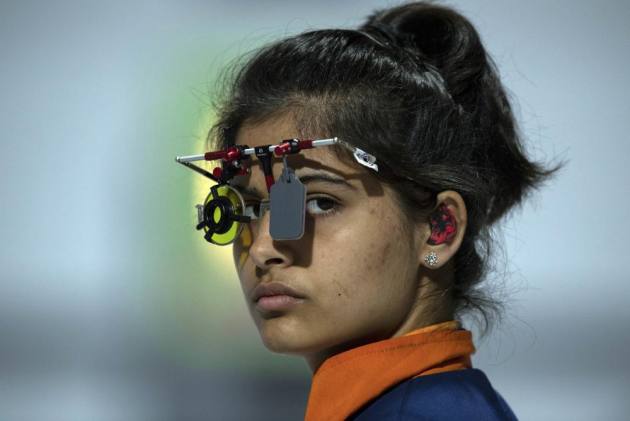 However, a day before the Tokyo-bound Indian shooting contingent hits the range for its first training session in Croatia, Bhaker's pistol will give way to a pen and the shooting gear to her study materials, as she logs in for her BA fourth semester exam.

A student of political science in the Delhi University's prestigious Lady Shri Ram College for Women, the champion shooter's exams start on May 18 while the European Championship in Osijek, in which the Indian team will compete as a guest invitee, begins two days later, from May 20.

The continental tournament and Bhaker's exams will run almost concurrently but she is relived that the dates of her events are not clashing with the papers.

"I will manage both, as I have done in the past. At least I don't have competition on days I have my papers, so it's manageable," Bhaker told PTI.

While the Bhakers consider studies very important, shooting competitions are a priority for one of India's biggest medal hopes at the Tokyo Olympics.

"This is the year of the Olympics and I am fully focussed on how to give my best and do my country proud," said Bhaker, a gold medallist at the Youth Olympics, ISSF World Cup and Commonwealth Games.

Her father, Ramkishan Bhaker, added, "She is very serious about her studies but if there is a clash between her competition and exams, then she chooses sports."

According to the DU guidelines, sportspersons who have represented India in competitions, recognised and funded by the Ministry of Youth Affairs and Sports, are given direct admission without sports trial.

Ramkishan, a chief engineer at the merchant navy, has played a major role in giving his daughter the initial impetus needed to launch her career in the sport.

Along with the ammunition, shooting gear and coronavirus-related travel essentials, Bhaker travelled to Croatia with her books to prepare for the exams, and will send her answers using the mobile scanner after she has written them all.

The 19-year-old Bhaker has been selected for three events in the upcoming Tokyo Olympics, scheduled to be held from July 23 to August 8.

She will be fielded in both the women's 25m pistol alongside the experienced Rahi Sarnobat, and in her pet 10m air pistol event with Yashaswini Singh Deswal.

Bhaker will also represent India in the mixed team 10m pistol along with Saurabh Chaudhary.

After the continental event, the Indian shooters will compete in the ISSF World Cup, slated to be held in same city, Osijek, from June 22 to July 3.

The 13 Olympic-bound Indian shooters, seven coaches, five physios and a two-member video crew landed in Zagreb in a chartered flight on Tuesday, after which they were received by the Croatian shooting federation and the country's world number three rifle shooter Peter Gorsa.