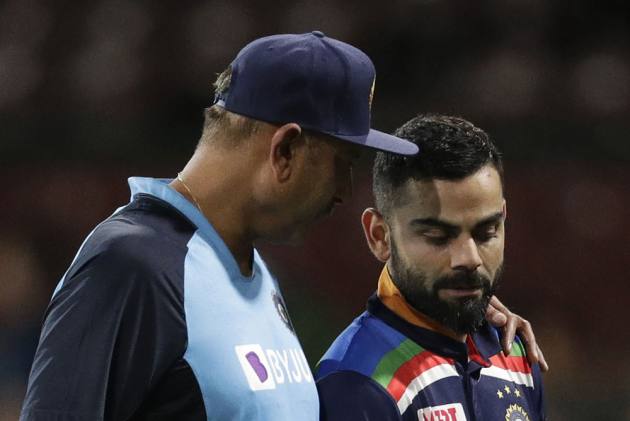 Effusive in his praise for national cricket coach Ravi Shastri, former India captain Sunil Gavaskar on Saturday called him an "incredible" mentor with an "unbelievable" ability to motivate youngsters even in their lowest phases. (More Cricket News)

"Just 10-15 minutes with Ravi Shastri after a practice session. You know Ravi has got the ability to give so much confidence to youngsters, it's unbelievable," Gavaskar said during a webinar to mark the book launch of '1971: The Beginning of India's Cricketing Greatness' published by Harper Collins.

"If he (Shastri) believes in their ability and talent, there is no better man than Ravi Shastri to give encouragement to that youngster. He will scold you, tell you off but at the same time, he will tell you what you can do to get better, he will actually demonstrate to you," said Gavaskar.

The batting icon was also all praise for Arun, who has groomed a world-class crop of fast bowlers playing in the same era, a rarity in Indian cricket.

"Then you have Bharat, when you talk to some of the seam bowlers who did splendidly during the second half of the Australia tour, they are all full of praise for Bharat as to how he guided them.

"That's what these youngsters need to do. Spend as much time possible with Ravi Shastri and Bharat Arun. There are no better persons than these two when you are having self doubts," Gavaskar said.

"You need people around you who believe in you, and tell you 'yes you can do it'," the iconic batsman said.

On to the batsmen and Gavaskar said a top international willow-wielder is always a judicious blend of talent and temperament.

"I have always believed that it's temperament which separates the men from boys. If talent and temperament are married, it will always turn out to be a good marriage.

"There are times when you feel they are not very confident of themselves and and they are having self doubts, I think those self doubts are natural in a young man's life...

"So sit with people who are confident, believe in your abilities and honestly this Indian team is so blessed to have the support staff they have."

Will be unfit if one overdoes either skill or physical fitness: Arun

Fast bowlers are like race horses that have to be nurtured with utmost care to ensure that their physical and skills training are in proportion, said bowling coach Bharat Arun.

Arun spoke in the context of workload management of Indian pacers and also how yorker sensation T Natarajan has aggravated his knee injury which now requires a surgery, sidelining him for at least six months.

"Physical fitness and skill, they both go hand in hand. It should be done in 50-50 ratio. If you overdo the skill you are likely to be injured and if you overdo fitness, then also you are wrong," Arun tried putting things in perspective.

"We also have to understand that each bowler's needs are different. For example a Jasprit Bumrah would put more strain on his body than a Mohammed Shami," he said.

Arun said that during the past one year, 10 (international) debuts were handed out and all of them did exceedingly well because of the self-belief that Gavaskar was talking about.

Arun, who has been a close friend of the head coach for 40 years, loves how Shastri makes youngsters feel special and at ease.

"Ravi gives tremendous confidence if he believes that someone can deliver. He makes them feel on top of the world which is very important as what you think is what you are."