Tennis Year-Ender 2018: Rise Of Some Players Failed To Fill The Vacuum In India

That the vacuum is real can be gauged from the fact that a 45-year-old Leander Paes is still India's biggest player, winning titles even this year, dropping no hints of retirement. It is a tribute to his longevity but also a reflection of the lack of depth in Indian tennis. 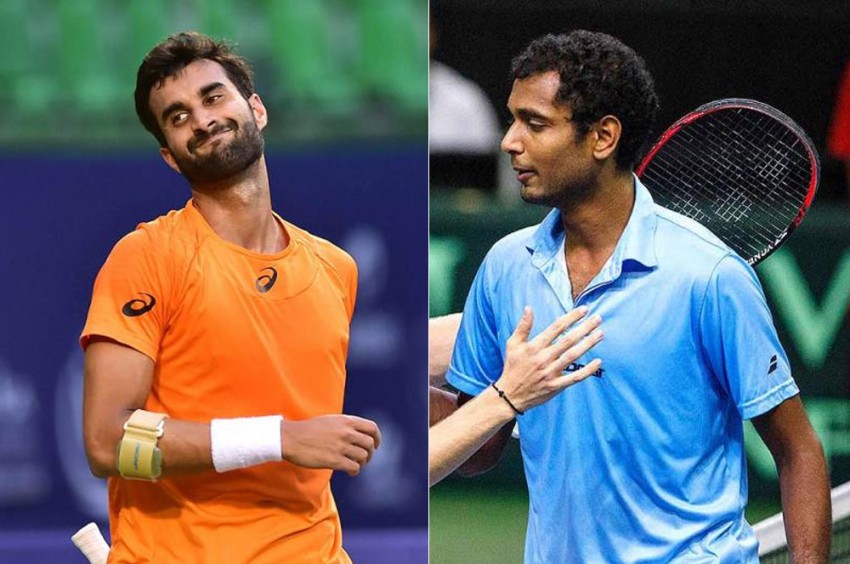 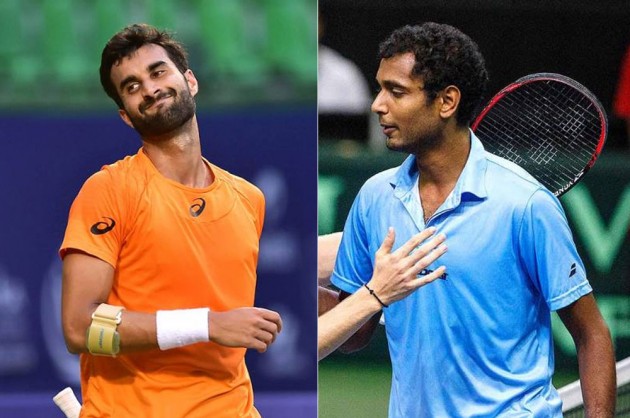 The resurrection and rise of some players could hardly fill the overall vacuum in Indian tennis which endured its familiar share of disappointment and drama in 2018 amid a glimmer of hope for the future.

That the vacuum is real can be gauged from the fact that a 45-year-old Leander Paes is still India's biggest player, winning titles even this year, dropping no hints of retirement. It is a tribute to his longevity but also a reflection of the lack of depth in Indian tennis.

This is not to say that the younger lot did not take strides forward, they did, but none was big enough to shake up the circuit.

Prominent among the movers was Prajnesh Gunneswaran, who is a heartwarming tale of rising from the ashes.

For someone who appeared destined to be lost after being hampered by career-threatening knee stress fractures, Prajnesh's perseverance pulled him through.

From starting the year at 243rd in the rankings, the gritty left-hander overtook both Yuki Bhambri and Ramkumar Ramanathan to be the country's number one player at 107th.

An Asian Games singles bronze was the just reward for his never-say-die spirit which was earlier on display when he beat rising Chinese star Yibing Wu in the decisive fifth rubber in a Davis Cup Asia/Oceania group 1 tie in April.

Prajnesh's win came when country's top player Yuki Bhambri was not part of the tie due to injury.

That 6-4 6-2 triumph sealed India's place in the World Group play-offs. But the team itself could not go past that stage and is back in the qualifying round for the 2019 competition after a 0-4 loss to Serbia.

After making four finals this year on the Challenger circuit and converting them into two titles – Anning and Bengaluru – entering the top-100 is the next logical step for the 29-year-old Chennai-lad, who lost five crucial years to injuries.

In contrast, both Bhambri and Ramanathan failed to realise the potential that has been spoken of ever since they arrived on the circuit.

In Bhambri's case, injuries were a major cause of his lack of growth. It was a stop-start year for Bhambri, who first made it to top-100 in 2015.

Ramanathan, on the other hand, has managed to remain injury-free but has mostly buckled under pressure. A testimony to his fitness is the 35 tournaments he played in 2018, something which also helped him keep his place in the top-150 despite moderate success.
Ramanathan's biggest result came when he made his maiden ATP 250 final in New Port.

The depth in doubles got better for India with as many as seven players figuring in top-100 at one stage. At the year end, that number stands at five after Vishnu Vardhan and N Sriram Balaji dropped out.

Divij Sharan made the year his own. Despite losing trusted partner Purav Raja, the Delhi left-hander went on to become India's number one doubles player, overtaking Rohan Bopanna, who has been the country's best in this format.

Bopanna and Sharan combined to pick up India's fifth ever men's doubles gold at the Asian Games.

Sharan did not win an ATP title this year but he did play semifinals nine times apart from a quarterfinal appearance at the Wimbledon with Artem Sitak.

Now he and Bopanna have decided to pair up for 2019, keeping in mind the Tokyo Olympics in 2020.

Another player who deserves kudos this year is Jeevan Nedunchezhiyan, who played nine finals on Challenger circuit and won four titles. He also came close to winning his second ATP 250 level title but lost the final at Chengdu Open.

However, there was no stopping old warhorse Paes, who became the most successful doubles player in the history of the Davis Cup by winning his 43rd match in the competition.

His 11th-hour pullout from the Asian Games did raise a few eyebrows given that the reason cited was the denial of a partner of choice -- an issue which seems to crop up with alarming regularity before every major multi-sport assignment for Indian tennis.

In the women's circuit, trailblazer Sania Mirza was on maternity leave and was blessed with a son towards the end of the year. She is preparing to be back in action next year.

Among others, Ankita Raina was at her fighting best and Karman Kaur Thandi did show that she is one for the future on the women's circuit. Ankita won a rare singles bronze medal at the Asian Games.

Administratively not much changed but thanks to KSLTA and MSLTA, the Indian players made most of the home Challengers.

Prajnesh featured in both the finals, winning the Bengaluru open against Saketh Myneni and ending a runners-up to Elias Ymer in Pune.

But it would take a lot more than that to make Indian tennis a force globally.