Suspended India Wrestler, Sumit Malik Says He Was On Painkillers 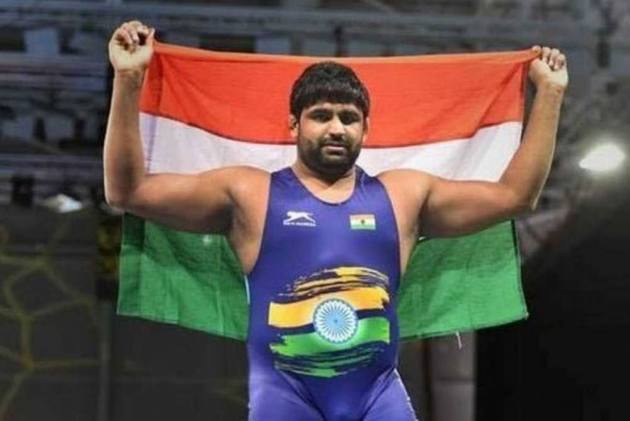 Suspended Indian wrestler Sumit Malik on Tuesday said he has no idea how a banned stimulant entered his body but admitted that he was on painkillers during the recent Olympic Qualifiers and had made a declaration about the medicines taken in the WADA form after the competition. (More Sports News)

The 2018 Commonwealth Games gold-medallist was handed a provisional suspension by the United World Wrestling (UWW) after a specified banned substance -- 5-methylhexan-2amine (1,4 dimethylpentylamine) -- was found in his sample.

Malik had secured the 125kg category quota for the Tokyo Olympic during the Olympic Qualifiers, held in Sofia, Bulgaria, last month but was handed suspension for failing his dope test during the same tournament.

"There was severe pain in my knee and I had taken painkillers Mobizox and Voveran. I had informed the officials about it. I have taken the same painkillers before also, I don't know how I tested positive," Malik told PTI.

"UWW people have also informed me that the quantity of the substance is less than one per cent. It's merely 0.5 per cent. They have told me that a clear picture will be given to me in 3-4 days," he added.

Sources says Malik's 'B' sample will be analysed either on June 29 or 30.

While Malik asserted that he has taken only these two pain killers, AIIMS senior resident doctor Uditi Gupta said that none of them contains any stimulant.

"Neither Mobizox nor Voveran contains any stimulant. It might be there in some other protein supplements he was taking.

"Methylhexanamine (found in Malik's sample) is a stimulant. It is sometimes used for nasal decongestion but never for pain relief," she added.

Asked if he consulted a doctor before taking the medicines, Malik conceded that he did not.

"No, I did not ask anyone. I took it on my own. I have taken these painkillers before also but never tested positive.

"Now they tell me that they have found something in my pre-workout (supplements) also but did not tell me what it is," Malik, who gave consent for testing his B sample on June 9, said.

Malik, who has to pay Rs 1.5 lakh for testing of the B sample, is hoping to come out clean.

"People who are handling it, tell me that it's not a drug, it's not something heavy. I am hopeful I will be cleared and I will be able to compete in the Olympics," the 28-year-old from Rohtak said.

Sports Lawyer Parth Goswami said if Malik wants any relief in this case, he must establish the source of the substance found in his body.

"The athlete can get benefit of exoneration, reprimand or reduced sanction only if he can establish the source of the substance which was found in his sample and further establish that such consumption was not intentional," he explained.

"The athlete will have to prove that there was no fault or negligence on his part while consuming such prohibited substance.
"In order to participate in Tokyo, Sumit will have to move fast and try to expedite the hearing process," he said.