Inaki Williams was proud of his match-winning strike against Barcelona in the Supercopa de Espana final, labelling it the best goal of his career 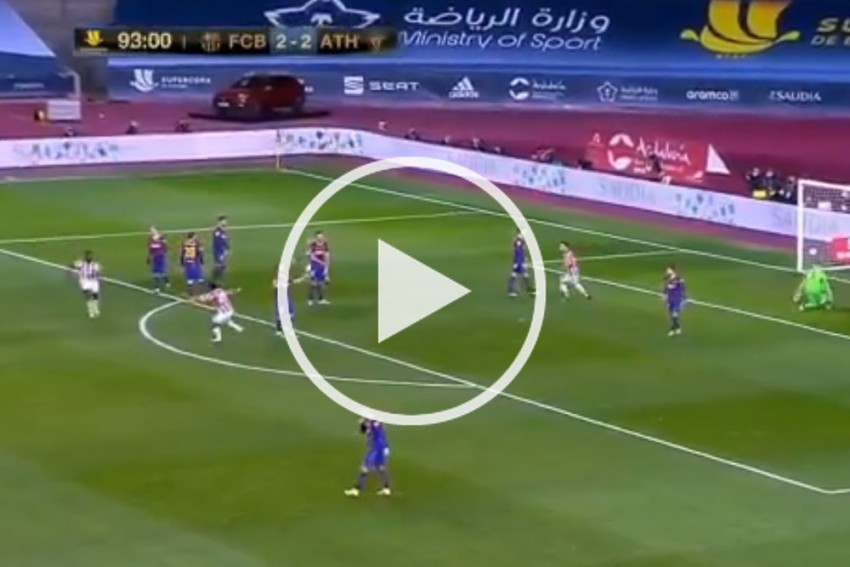 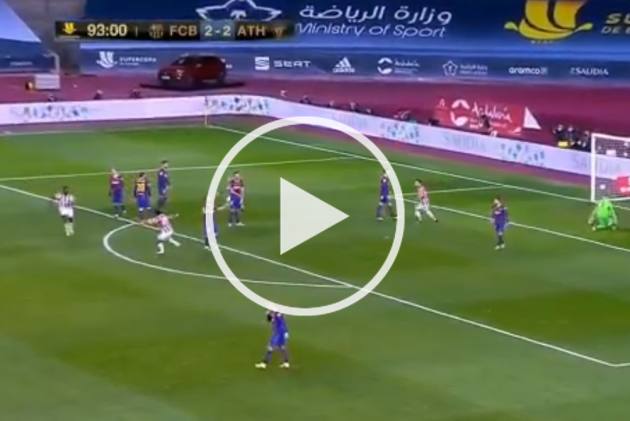 Inaki Williams was proud of his match-winning strike against Barcelona in the Supercopa de Espana final, labelling it the best goal of his career. (More Football News)

Williams was the hero for Athletic, who upstaged Barca 3-2 after extra time thanks to his 93rd-minute goal in Seville on Sunday in Sevilla.

What a Strike!! What a GOAL!.. You will never see something like that.. Inaki Williams
Barcelona 2-[3] Athletic Bilbao
94' pic.twitter.com/UARMYxShSm

Barca star Antoine Griezmann had opened the scoring in the 40th minute, but Williams teed up Oscar de Marcos for the equaliser two minutes later at Estadio de La Cartuja.

It secured a third Supercopa crown for Athletic – who shocked Real Madrid in the semi-final – and their first since routing Barca 5-1 across two legs in 2015, and Williams basked in his decisive goal after curling a shot away from Marc-Andre ter Stegen and into the top-right corner.

"For what it means, it's the best [goal of my career]," Williams told Movistar after becoming the only player this season to score and assist in a game against Barca across all competitions.

"We played good football, [a symptom of what] the coach wants from us.

"We fought, with passion, that's what Athletic is. I think we're fair winners. It's everyone's doing, including the previous technical team.

"We can dream of achieving big things."

Williams added: "No words needed. We all know how hard is to compete versus Barcelona because of their potential and the signing market they have whilst we have a limitation on it.

"In the previous days I have kept reading this Bible quote: David can beat Goliath. Today it was just like that. When you play with heart and faith, impossible is nothing. Today we worked and fought like animals and our effort was rewarded. Sometimes you don't get a reward but thank God it was all good today and we fully deserve this Supercopa."

Per Opta, Marcelino is the first head coach in history to win two one-legged finals in a row against Barcelona in all competitions, triumphing with two different teams after Valencia's 2019 Copa del Rey success.

"I've been in Bilbao for only a short time, but the truth is that it's been productive," Marcelino said via Marca.

"The credit goes to the players who, with the work they put in last year, deserve to be here. And they won two games to be champions against Real Madrid and Barcelona.

"I'd also like to remember Aritz Aduriz, Mikel San Jose and Benat Etxebarria, players here last season, as well as the coaching staff, of course.

"We came with all the humility in the world to work – taking advantage of what was done before while trying to install concepts that we want to add.

"[The players] are like sponges, and it's incredible how they fight and work. [Us as a coaching staff] are very proud and enjoy working with them because they make it so easy for us."