Dutee Chand revealed that she feels Kangana Ranaut is a good actress and will be perfect to play the lead role in her biopic. 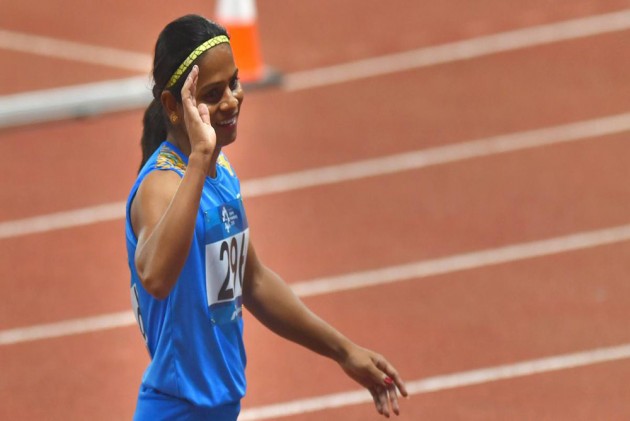 Trailblazer Dutee Chand is all set to see her life portrayed on the silver screen. According to reports, Anil Kapoor and filmmaker Rakeysh Omprakash Mehra have approached the sprinter for her biopic. Also, according to the athlete, Kangana Ranaut is her preferred choice.

According to TOI, Dutee feels that she has gone through a lot of struggles and difficulties in her life, and she has overcome such hurdles. She said, "I have got requests from so many filmmakers who are keen to make my biopic, but I haven’t given the nod yet. Apart from Anil Kapoor and Rakeysh Mehra, a lot of actors and actresses have independently reached out to me for the rights. I’ve even been approached for documentaries. With the number of requests coming my way, lagta hai meri story bahut hit hogi.”

She also feels that Kangana will be the perfect fit for the lead role, as she likes her as an actress. She said that she has seen Bhaag Milkha Bhaag (based on Milkha Singh, and Mary Kom. She opined that Priyanka Chopra did a very good job in the latter.

On finding out that Chand wants her act in the biopic, Kangana quipped, "That’s very kind of Duteeji. She is the epitome of courage and strength and she has not only set a benchmark in her professional life, but the kind of courage she has displayed in her personal life is also commendable. I am humbled that she feels I am worthy of playing her."

Recently, Dutee also became the first athlete in India to reveal that she is in a same-sex relationship.