Slovakia Vs Spain, Live Streaming: When And Where To Watch UEFA European Championship, Group E Match 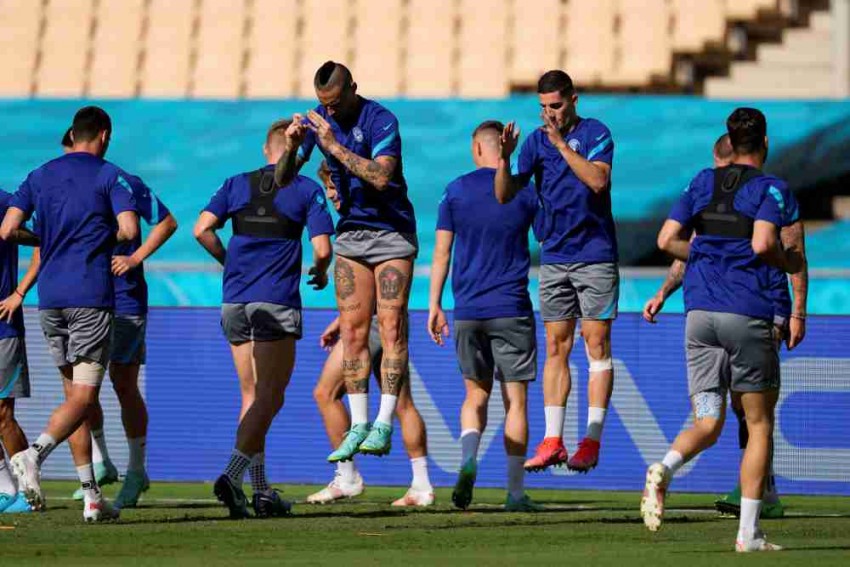 Slovakia players practice during a training session at the La Cartuja stadium in Seville, Spain on Tuesday, June 22, 2021. Slovakia will play against Spain on Wednesday for the Group E of the Euro 2020 soccer championship.
AP Photo/Thanassis Stavrakis
Outlook Web Bureau 2021-06-23T14:49:46+05:30 Slovakia Vs Spain, Live Streaming: When And Where To Watch UEFA European Championship, Group E Match 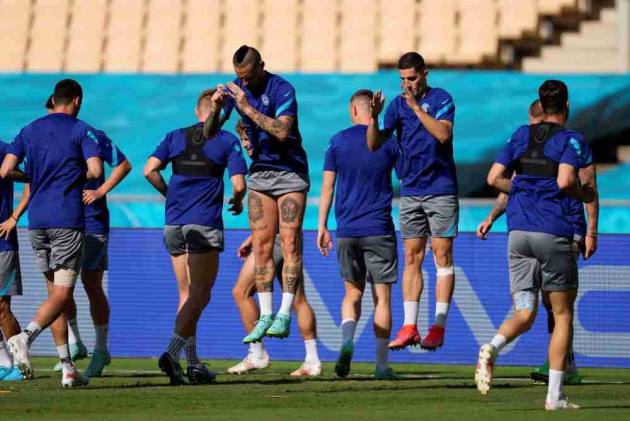 Struggling Spain has been in an eye of storm. With goals hard to come by the former World Cup  winners are struggling. Spain Profile | Slovakia Profile | News

Spain, playing all of its group matches in Seville, is two points behind leader Sweden and one behind Slovakia, which surprised everyone with an opening 2-1 win over last-place Poland before losing to Sweden 1-0.

Spain have played a goalless draw against Sweden and a 1-1 draw against Poland.
The biggest positive for Spain is  return of their most experienced player Sergio Busquets.

Spain coach Luis Enrique hasn’t confirmed Busquets as a starter, but he had said the player was ready to play from the moment he rejoined the squad.

Slovakia have only one win in their six matches against Spain. The last win goes back to 2014 in a European Championship qualifier. This will be the first time that the two teams come face to face at a major tournament.

Winger Ivan Schranz is likely to miss this game for Slovakia while defender Denis Vavro is unavailable after testing positive for COVID-19.

With Euro 2020 last 16 berth at stake here are the few scenarios that all the teams in Group E will be aware of.
~ Slovakia only need a point from this game to assure themselves a berth in Last 16.
~ A point can see them finish atop of the table provided Sweden don’t win against Poland.
~ Spain need a win to advance into the next round.
~ Spain can still qualify if they draw and Poland is not able to beat Sweden.
~ There is also a possibility that Slovakia, Sweden and Poland can finish on 4 points each just to make things complicated

Head-to-Head: Spain has four wins and have drawn once against Slovakia. Slovakia has just one win against Spain.