Seiminlen Doungel scored in the dying embers of the injury-time, with a header via a corner kick, to equalise for India against Afghanistan in their 2022 FIFA World Cup qualifier 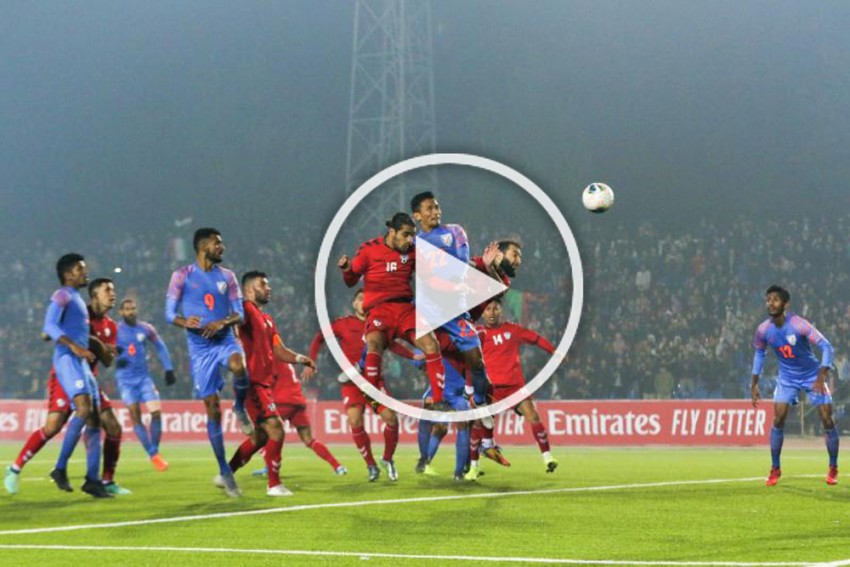 Seiminlen Doungel is currently in good form, which has been reflected in his domestic season too for FC Goa.
AIFF
Outlook Web Bureau 2019-11-15T13:56:32+05:30 'Shortest Man On The Field Stood Tall' Seiminlen Doungel Scores For India In 2022 FIFA World Cup Qualifier Vs Afghanistan – WATCH 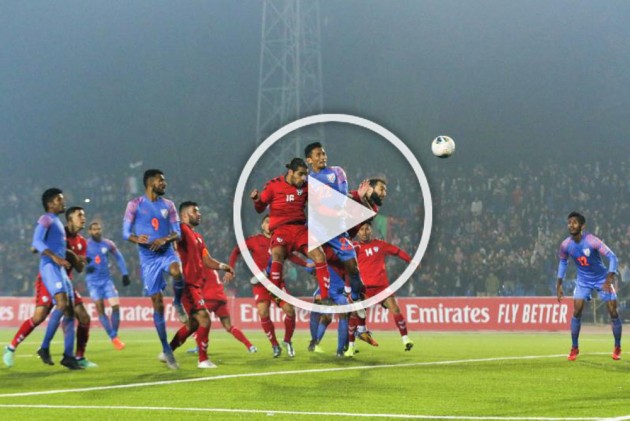 Seiminlen Doungel scored an injury-time equaliser to rescue a point for India against Afghanistan in their 2022 FIFA World Cup qualifier, at the Central Republican Stadium (Tajikistan), on November 14.

The FC Goa man is currently in good form, which has been reflected in his domestic season too. He has already scored a goal for the Indian Super League side in three appearances. The attacker came in towards the end of the second half, instead of Pritam Kotal.

The 25-year-old's impact was instant, with him testing the Afghan defence with his dribbling and movement.

He scored his first senior international foal in dying stages of the match (90+3'), via a Brandon Fernandes corner kick. Doungel outjumped all his markers and headed the ball into the far post for his side's crucial equaliser.

The result meant that the Blue Tigers are still winless in their qualifying campaign so far. So India remains at fourth position in Group E with three points from matches. Meanwhile, Afghanistan are third with four points.