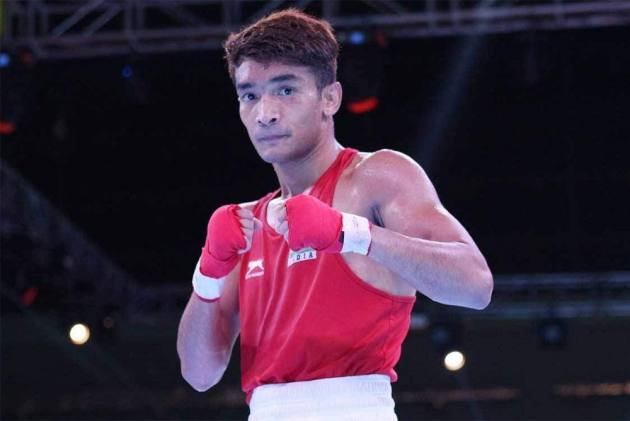 Though Thapa faced a stiff challenge, he did not let the momentum slip and completed a 4-1 win in the 63.5kg quarter-final.

For RSPB, Sachin and Varinder Singh (60kg) emerged victors in their respective quarter-finals.

Sachin put up a dominating show to outperform Goa's Roshan Zamir by unanimous margin in the 54kg quarter-final match.

On the other hand, Uttar Pradesh's Ravi Kumar advanced into the semi-finals. Ravi started the 48kg quarter-final with an aggressive intent against Orrisa's Santosh Pradhan.

His powerful blows and continuous attack forced the referees to stop the contest and declare him the winner.

The 2018 Commonwealth Games bronze medallist Mohammad Hussamuddin of SSCB extended his winning run as he knocked out Maharashtra's Rushikesh Gaud to enter the 57kg semi-finals.

Meanwhile, the reigning youth world champion Sachin once again impressed everyone as the Haryana boxer looked too strong for his opponent Jitendra Chaudhary from Rajasthan.

Sachin notched up an easy 5-0 win to progress into the 57kg semi-finals.

While Vijay made light work of Manipur's Myson Moirangthem Manipur, Rajpinder got the better of Vishal Sheokand of Chandigarh.