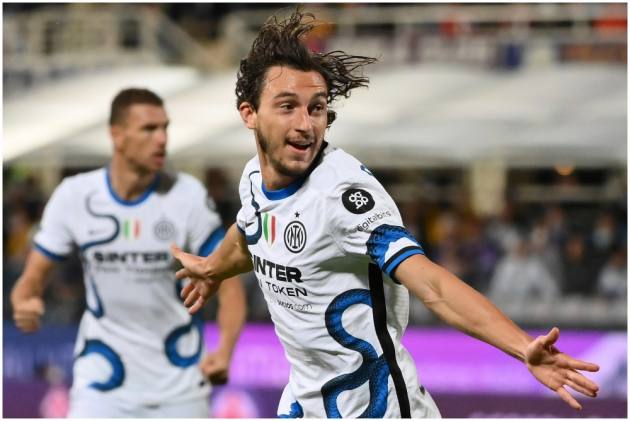 Inter Milan’s attack might be better off without Romelu Lukaku. The Nerazzurri are spreading the scoring around more and playing as a more cohesive unit since Lukaku left for European champion Chelsea. (More Football News)

Three days after a 6-1 rout of Bologna, Inter recovered from a goal down for a 3-1 away win on Tuesday over a Fiorentina side that had won three straight. Matteo Darmian, Edin DÅ¾eko and Ivan Perisic scored for Inter after Riccardo Sottil's opener for Fiorentina as the Serie A champion extended its unbeaten start with a fourth win in five matches.

The victory moved Inter one point above perfect Napoli atop the Italian league table, with Napoli to visit Sampdoria on Thursday.

With 18 goals in five matches, Inter has the most productive attack in the league and also the highest number of different scorers (11) — virtually erasing worries about replacing the 24 league goals that Lukaku scored last season.

“We've had a great start to the season but I think we can still improve,” said new Inter coach Simone Inzaghi, who was hired when Antonio Conte stepped down days after leading the Nerazzurri to their first Serie A title in 11 years.

Considering its high-powered attack of the last few seasons, Atalanta is still working its way into form. The Bergamo squad beat visiting Sassuolo 2-1 with first-half goals from Robin Gosens and Davide Zappacosta. Domenico Berardi pulled one back for Sassuolo after the break.

Aaron Hickey became the first Scottish player to score in Serie A since Graeme Souness in 1986 with the opening goal for Bologna in a 2-2 draw against Genoa. The other Scots to score in the Italian league were Joe Jordan and Denis Law.

Genoa twice came back from a goal down, with Domenico Criscito's 89th-minute penalty serving as the final equalizer. Hickey, a 19-year-old left-back, scored with a long, low shot through traffic following a rebound.