Sachin Tendulkar has welcomed the introduction of Tests under floodlights in India, saying it is a "good move" and will pull back crowd for the traditional format. India play their first-ever Test under lights vs Bangladesh from November 22 in Kolkata. 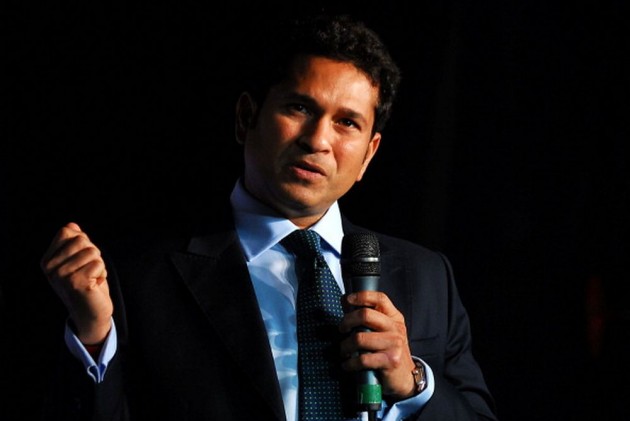 India's first-ever Day-Night Test will be a success only if the dew factor is countered effectively at the Eden Gardens, says the iconic Sachin Tendulkar, apprehensive that wet conditions might severely hamper pacers and spinners alike. (CRICKET NEWS)

Tendulkar welcomed the introduction of Tests under floodlights in India, saying it is a "good move" and will pull back crowds for the traditional format. India will play their first-ever Test under lights against Bangladesh from November 22 in Kolkata.

"As long as dew does not become a factor, it is a good move but if dew is going to be a factor then seamers as well as spinners are going to find it challenging," Tendulkar said.

"Because once the ball gets wet, neither seamers can do much nor the spinners. So in that way, bowlers will be put under the test. But if there is no dew, then surely it is a good addition," the maestro said about a historic first in Indian cricket.

The dew was a factor at the Eden Gardens during ODI games under floodlights, something Tendulkar is apprehensive about.

"I think the dew factor will play a big role over here. We need to figure out how much dew is there. The dew will determine, to what extent both teams are competing. The conditions shouldn't hinder anything (competitiveness)," said the highest run-getter in Tests and ODIs.

However, Tendulkar agreed with BCCI president Sourav Ganguly that the experiment is a good idea to bring the crowds back to the stadium.

"There are two ways to look at it. One aspect would be from the public point of view. It is a nice concept as people would be able to watch a Day/Night Test after their working hours. People can come in the evening and enjoy the game."

"From players' point of view, it won't be a bad idea to play with pink ball and check how differently it behaves from the traditional red ball. It's about getting that pink coloured ball coming to you," said Tendulkar.

Tendulkar's homework before facing any particular bowler, be it Shoaib Akhtar or Shane Warne, is a stuff of legends and he offered a tip to the Indian batsmen for their net session.

With no Duleep Trophy held this year, Tendulkar urged the Indian team to take feedback from all the players who played the event in last three years. Duleep Trophy matches were held under lights.

"The India boys should also depend on word of mouth feedback from all those who played Duleep Trophy and they would have few things to share."

Tendulkar then recollected his first tour of Australia in 1991-92 where tri-series games (involving India, Australia and West Indies) were interspersed between the five Tests.

"So I remember starting with red ball, then moving to white ball and then again coming back to red ball. Now that was a new thing to me as I hadn't played white ball much.

"A little bit here and there (one official ODI vs SA at JLN stadium New Delhi). So it required a bit of adjustment from red to white colour. So I can tell this that batting against pink ball will feel different for sure."

Another aspect of retaining the colour of pink ball is to have at least 8mm grass on the 22 yard strip. Tendulkar feels even though it will help seamers, a good spinner can be effective too.

"Obviously, it will help the seamers more but if you bring in quality spinner, he will find his way to bowl on that surface as well. For a spinner, it will be important to assess how much bounce is there on the surface and how much the ball is skidding. If there is too much grass, whether the ball is gripping on the surface."

Tendulkar is confident that even though it's their first attempt, SG will be providing good quality pink balls.

"SG is a well reputed company. They must have tried out all these things (research and development) before wanting to introduce it. I believe measures have been taken."