Sachin Tendulkar has always been in awe of his parents. He thanked his late dad whenever he scored a cricket milestone 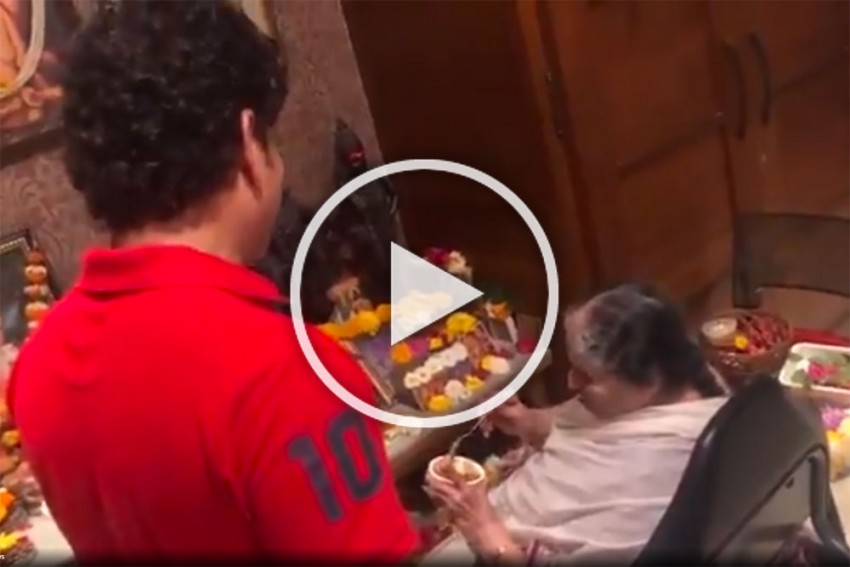 Tendulkar spoke about how he would come back from tours and relish the food made by his mother.
Screengrab: Twitter
Outlook Web Bureau May 11, 2020 00:00 IST Sachin Tendulkar Cooked This Special Dish On Mother's Day 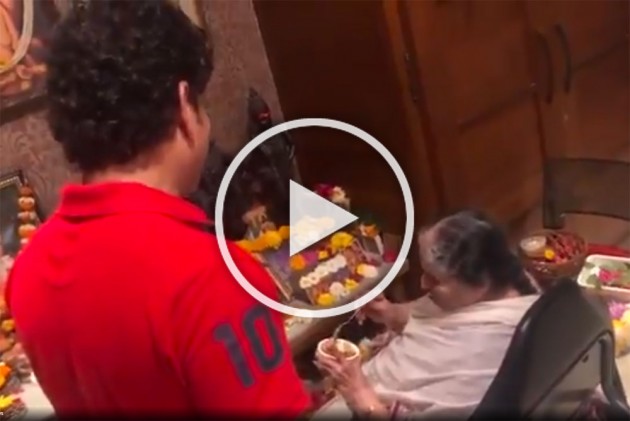 Sachin Tendulkar might be an idol for thousands in this country, but the legend has often spoken about the sacrifices that his mother made in helping him become one of the greatest cricketers. (More Cricket News)

On the 2020 Mother's Day, Tendulkar took time off to cook baingan bharta for his mother. Tendulkar also spoke about how her mother "spent hours and hours cooking this" for him when he was a kid.

Watch here how turned out:

Sachin Tendulkar cooking For his Mom on Mother’s Day pic.twitter.com/FXOAZjfyld

On Sunday, the batting great not just speak to frontline officials who are mothers and are fighting in the war against COVID-19, but also applauded their efforts and sacrifices for the nation.

Speaking on the occasion, Tendulkar said: "This is an unprecedented time when the mothers cannot be with their children. I just wanted to thank everyone through this platform. During this break, I have been asked one question consistently by everyone 'So you must be getting a lot of time with your family?' But at the same time, we are forgetting there are a number of COVID-19 warriors who are selflessly working for us and not getting enough time with their families. Some of them have not even gone home. This is the time for the nation to applaud all their efforts and however much we thank, it is not enough. And it is all being done in the interest of the nation.

"I remember watching a video where a mother who happens to be a nurse was standing 20 feet away from her baby and her husband was with the baby. The baby was crying away, but the poor mother could not go and give a hug to the baby. Can you imagine a sacrifice like that? I am sure the baby must have wondered why the mother wasn't giving a hug as it must have never happened before. But I am sure in the time to come when the baby grows up, she will understand how a big a sacrifice was that from the mother's side. And such selfless acts? you just have to say hats off to the mother's commitment. A big thank you to her from all of us."

Tendulkar also asked the frontline warriors questions as to how they have been balancing their personal and professional lives in these testing times, he also asked them what their message as mothers are to the children who are also facing a tough battle.

The women also spoke about the various hardships including not just time management, but also about keeping their children safe because they are frontline warriors who are personally fighting the pandemic. The mothers also spoke about how they are praying that things come back to normal soon, not just for their own families, but also for the human race.

He also urged children to be the best versions of themselves at a time when the parents are busy in the battle against the coronavirus outbreak.

Tendulkar revealed that for him, it was always about approaching his mother first. "When I wanted something, I would first go to my mother and then she would tell my father. So, it would be my mother that I would go to and make all my complains. Her love and care has been a shield for me and has protected me. It continues even today thanks to God," he said.

He also spoke about seeing his mother in the stands in his final game.

"That was the only game in my life when I saw my mother in the stands. I wanted to play my last game in Mumbai and spoke to N. Srinivasan over phone. He was gracious enough to agree to my request of playing my last game in Mumbai in front of my mother as she has never ever watched me. That was her first time inside the stadium and that was the biggest thing because I wanted her to witness what I have been doing for the last 24 years," he revealed.

He spoke about how Anjali was a constant support and never let him shift his focus from the game even as she managed everything when it came to bringing up the children. He also spoke about staying without his family on tours and how it was difficult at times and he would make do by speaking to them.