Lionel Messi is reportedly nearing a decision to continue with Barcelona, despite interest from France and England 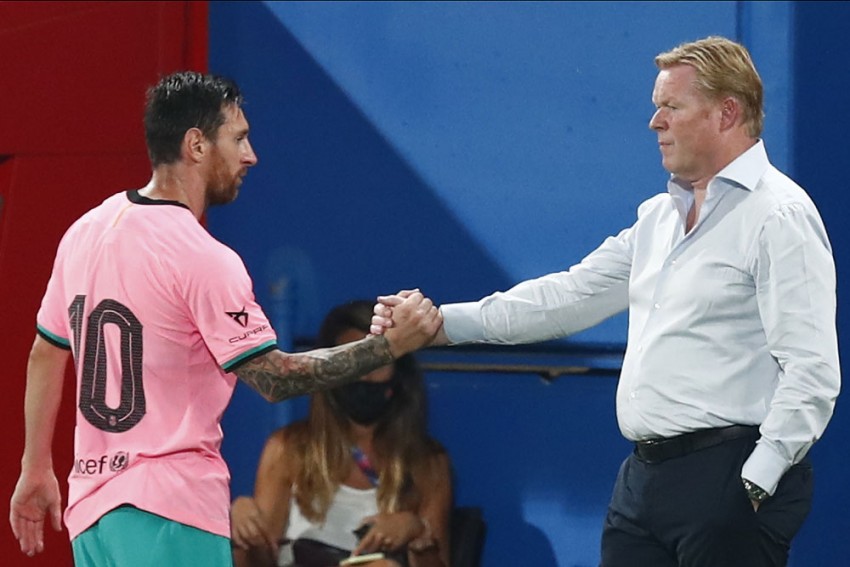 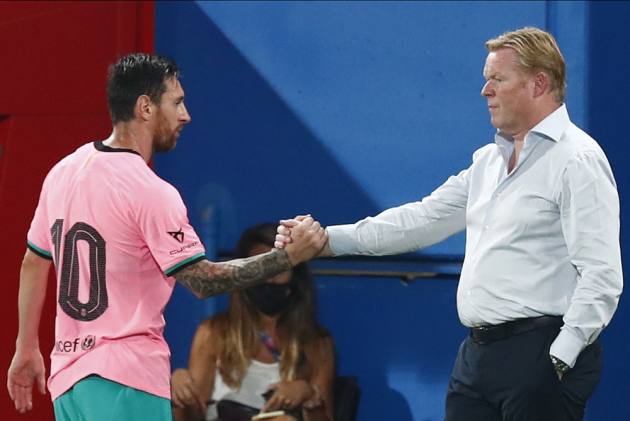 The superstar Barcelona captain is set to become a free agent, though the LaLiga giants are determined to re-sign Messi.

Paris Saint-Germain are interested but Messi could reportedly extend his Camp Nou career.

Lionel Messi is closer to staying at Barcelona than joining Paris Saint-Germain, according to L'Equipe.

Messi's future has dominated headlines, with his contract due to expire at season's end amid interest from Paris Saint-Germain and Manchester City.

Barca are keen to re-sign Messi, who is encouraged by the Copa del Rey triumph and Joan Laporta's plans, despite an offer from PSG.

- Barca have reached out to PSG regarding a possible reunion with Neymar, however, RAC1 says the Ligue 1 holders are not willing to sell the Brazilian superstar.

- Everton are plotting a bid for soon-to-be free agent and City star Sergio Aguero, reports the Daily Star. Aguero will leave the Etihad Stadium on a free transfer and the forward has been linked with Chelsea, Barcelona, Inter and Tottenham.

- Fabrizio Romano says Leicester City are working on a deal to sign Lille star Boubakary Soumare, who has previously been linked with Manchester United, Tottenham, Inter and Napoli.

Leicester are still working to sign Boubacary Soumaré from Lille, as reported two months ago. #LCFC are leading the race to sign him since February.
Negotiations ongoing - he’s the main target for Leicester as midfielder. #Leicester https://t.co/8efrfdX01e

- Sky Sport Italia claims Milan ultras met with star goalkeeper Gianluigi Donnarumma and demanded he sits out the fixture against Serie A rivals Juventus if he does not renew his contract. Donnarumma is set to become a free agent and he is yet to re-sign amid reports he is in talks with Juve. The Italy international has also been linked with United, Chelsea and PSG.

- United are prepared to sell Paul Pogba if he does not commit to a new contract, according to The Sun. Juve and Real Madrid are reportedly eyeing the French star. It comes as The Sun also claims United are not willing to part ways with Donny van de Beek following a difficult first season at Old Trafford.