Sergio Ramos faces an uncertain future at Real Madrid, but a former player and coach has urged the club to keep him 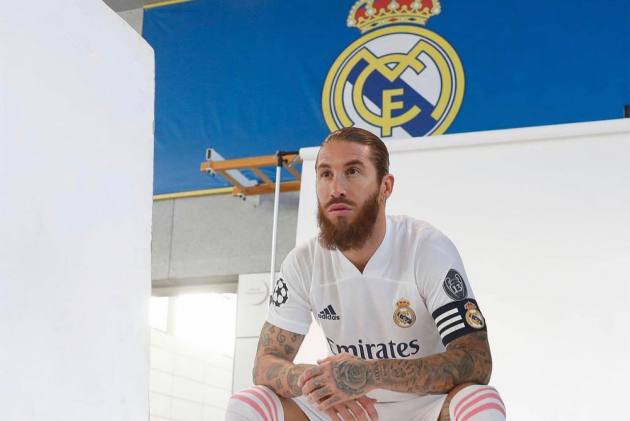 Real Madrid must do what is required to keep Sergio Ramos at the club, according to Jose Antonio Camacho. (More Football News)

Former Madrid player and coach Camacho believes keeping the 35-year-old with the Spanish champions should be a top priority.

Ramos is out of contract at the end of the season, having signed 16 years ago from Sevilla.

He has been linked with Manchester United and Paris Saint-Germain, as well as a switch to MLS.

"Sergio Ramos is one of those players who was born to win everything," Camacho told Radio MARCA.

"I would like him to keep wearing the Real Madrid shirt.

"I would make an effort for him. All Real Madrid fans would like him to stay."

Ramos has only recently returned to action after two months out with a knee injury.

They have won 10 and lost just two of the 15 top-flight games he has played. In the 13 he has missed, Madrid have won only eight with three draws and two defeats.

There is not a huge difference in the average goals against with Ramos (0.9) and without (0.8).

Ramos' presence has made a more notable difference in the Champions League.

Madrid have won three and drawn one of the four games he has started. The other four matches have seen them lose twice.

There has, though, been a drop-off from Ramos in some defensive categories this season.

It is similar for blocks (0.32 P90), as he is at a career-low for that statistic, while 1.43 interceptions per game is his lowest total over the course of a season since 2008.

Raphael Varane, Nacho and Eder Militao are the club's other main centre-back options.