Real Madrid issued an injury bulletin just hours before a big European tie, but news about Rodrygo looks to have been the work of a hacker 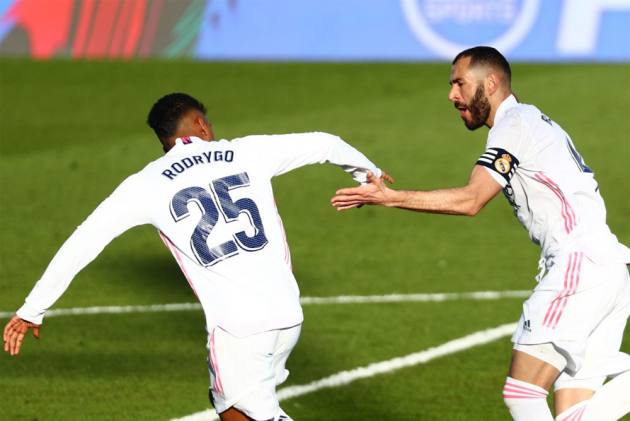 Real Madrid alarmed supporters with a medical bulletin declaring Rodrygo was injured again on Tuesday - before a hacker was blamed for publishing the false information. (More Football News)

Brazilian forward Rodrygo recently returned from a hamstring problem and has made three appearances in March.

Just hours before Madrid's crucial Champions League clash with Atalanta on Tuesday, Madrid's website carried a statement that said: "After the tests carried out on our player Rodrygo by the Real Madrid medical services, he was diagnosed with a muscle injury affecting the tendon in the right biceps femoris."

However, that news of the injury recurrence was soon pulled down and replaced by a message stating: "We're sorry... but we have been unable to find the page you requested."

There was no official clarification from Madrid on how the news came to be announced; however, Marca and AS cited club sources claiming that Madrid's Twitter account and website had been hacked.

Speaking on Monday, Zinedine Zidane enthused about Rodrygo, saying: "He's a player who has adapted well to our league. He's one for the present and the future and he's improving a lot.

"We're happy with him and we know the quality he has, especially with the ball. We have to let him continue with his normal development, but we're very happy with him."