A clinical Royal Challengers Bangalore beat Kolkata Knight Riders by 38 runs to complete a hat-trick In IPL 2021, and Dan Christian's catch was one of the highlights 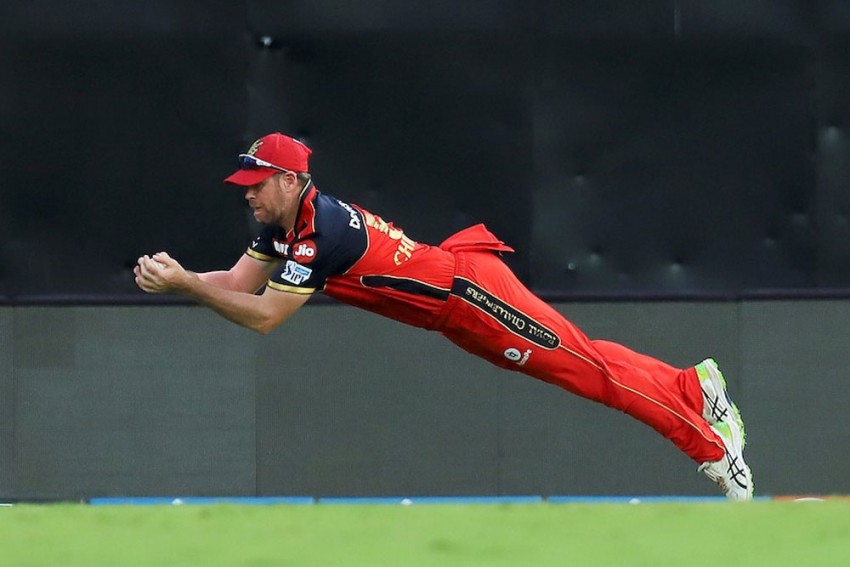 Royal Challengers Bangalore opted to field only three overseas players during their third match of the Indian Premier League (IPL) 2021 against Kolkata Knight Riders on Sunday by bringing Rajat Patidar in for Dan Christian.

But 27-year Christian got to play his part in the match by taking a sensational catch to send KKR opener Shubman Gill in the second ball. Gill, already on 21 off 8 balls, played the fifth ball of the second over towards mid on. And Christian, fielding for Glenn Maxwell, took a flying catch to give Kyle Jamieson and RCB the first wicket.

A clinical RCB beat KKR by 38 runs to complete a hat-trick of wins this season. Opting to bat, RCB made 204 for four after Maxwell top-scored with 78 off 49 balls while AB de Villiers remained unbeaten on 76 off 34 balls.

Chasing a stiff target, KKR could only score 166 for 8 with Andre Russell top-scoring with 31 off 20 balls.