PSL 2021, Match 33, Live Streaming: When And Where To Watch Islamabad United Vs Peshawar Zalmi, Eliminator 2 Match 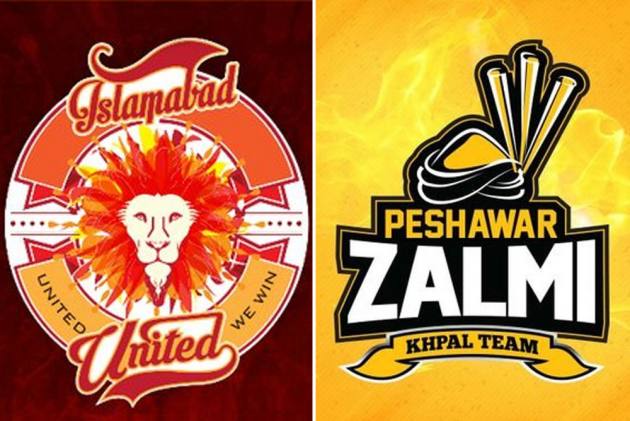 Islamabad United faltered when it mattered. They topped the league table with 16 points from eight wins in ten matches, and were unbeaten in the last five outings before the play-offs. Then, the Shadab Khan & Co failed to chase Sultan Multan's 180/5 in the Qualifier on Monday in Abu Dhabi. (More Cricket News)

But the two-time champions still have a chance to make the final. They now take on Peshawar Zalmi, who defeated defending champions Karachi Kings in the Eliminator 1. Winners of tonight's Eliminator 2 face Mohammad Rizwan's Sultans on Thursday's big finale.

What happened in Qualifier

Multan Sultans, who finished second with 10 from five wins, won the toss and opt to bat against United. Despite a poor start, they managed to post a fighting total of 180/5 thanks to a late flourish with Sohaib Maqsood holding the innings together with a 41-ball 59. Johnson Charles and Khushdil Shah were devastating, scoring 41 off 21 and 42 off 22 respectively.

READ: All You Need To Know About PSL Play-offs

The chase never got off to a start. But Usman Khawaja kept United's interest alive, until the 15th over. The Aussie made 70 off 40, even as veteran Pakistan pacer Sohail Tanvir produced a dream spell, with figures reading: 3/17. Blessing Muzarabani also took three wickets.

In the league phase, United defeated Sultans by three wickets and four wickets to complete a double. But that didn't matter.

What happened in Eliminator 1

There were four teams with ten points each with an equal number of wins. Net run rate decided the rankings. Multans (+1.050), second; Zalmi (+0.586), third; Kings (-0.115), fourth and Lahore Qalandars (-0.589), fifth. Multans got the chance to take on the league winners, United in the Qualifier, and they did it in some style. Third and fourth-placed Zalmi and Kings faced off for a virtual quarter-final.

Head-to-head: They have made 14 times and it's 7-7. In the last meeting, United beat Zalmi by 15 runs. In the reverse leg, earlier this season, Zalmi won by six wickets.

Tonight's clash is a repeat of the 2018 final. In that match, United chased down Zalmi's 148/9 with relative ease at National Stadium, Karachi. They won by three wickets with 3.1 overs to spare.