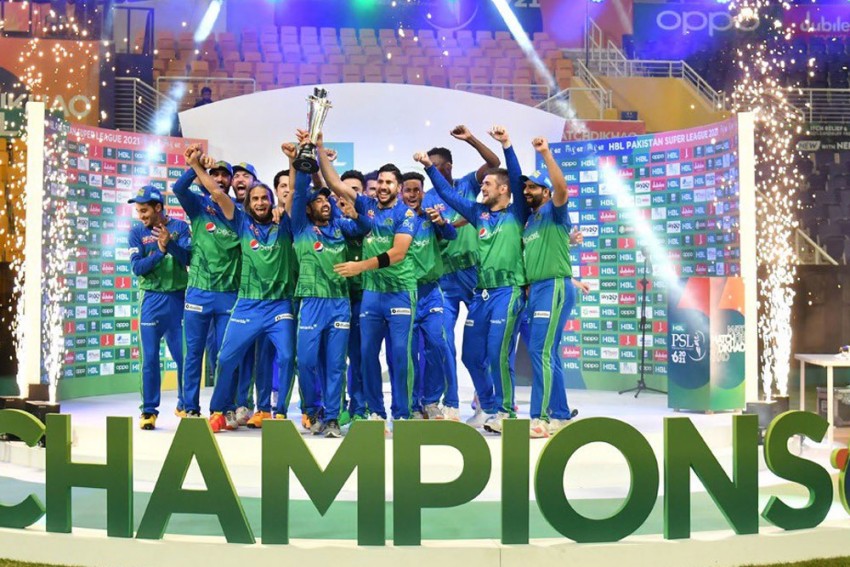 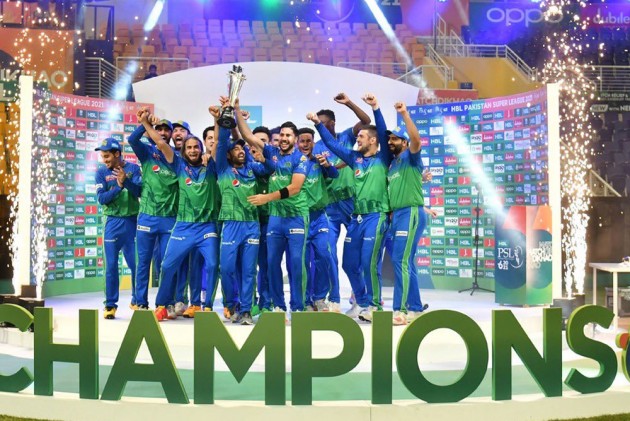 When the Pakistan Super League (PSL) was suspended mid-way through due to COVID-19 cases in its bio-secure bubble in Karachi, Multan Sultans were languishing at fifth spot with just win from five outings. But the change of venue worked wonders for the Mohammad Rizwan-led outfit as they won six of their seven matches in Abu Dhabi, UAE including the big one -- the final against Peshawar Zalmi on Thursday. (More Cricket News)

Sameen Gul (2/26) and Mohammad Imran (2/47) took a couple of wickets each for Zalmi, but other bowlers including skipper Wahab Riaz failed to make an impression as Sultans set a big target for the 2017 champions, who are playing in their fourth final.

The chase didn't get off to the desired start for Zalmi. Play-offs hero Hazratullah Zazai, denied the strike as Kamran Akmal faced the majority of balls early in the innings, could manage only a five-ball six. He was soon followed by Akmal (36 off 28) Jonathan Wells (six off 13) as Zalmi lost three for 58 in 9.2 overs.

Veteran Shoaib Malik (48 off 28) and Rovman Powell (23 off 14) briefly kept the chase alive with a 66-run fourth-wicket stand in 30 balls, but Sohail Tanvir got the wicket of former Pakistan captain in the 16th over to triggered a collapse. Imran Tahir claimed three wickets in the final over after conceding 21 in his third, to leave Zalmi reeling at 151/8 at the end of the 17th over.

In the following overs, Zalmi scored one, five and two runs to finish at 159/9.

Earlier in the season, Zalmi beat Sultans by six wickets in Karachi. But Sultans won the reverse fixture by eight wickets in Abu Dhabi.

Both Sultans Zalmi finished the league stage with 10 points from five wins each. In the Qualifier, Sultans defeated Islamabad United by 31 runs to make their maiden finals, while Zalmi beat defending champions Karachi Kings and United in the Eliminators for a shot at their second title.