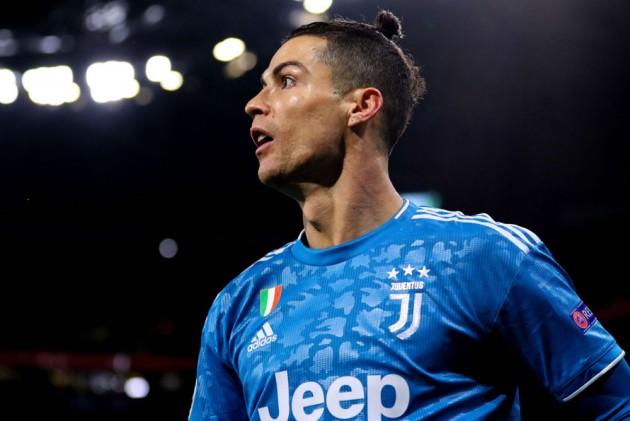 The 35-year-old forward has also won five Champions League trophies – four with Madrid and one during his time at United – while he helped Juve to Serie A and Supercoppa Italiana glory last season.

"He remains motivated by this desire to improve every day and he always pushes his limits.

"I admire this relentless will; he is a great example for all athletes of the future."

David Beckham was playing the last game of his career at the Parc des Princes.

A look back at this emotional moment! #StaySafe pic.twitter.com/4yB1cRGaIo

Ronaldo had scored 21 Serie A goals in 22 appearances and 25 across all competitions prior to the coronavirus pandemic.

Al-Khelaifi was also glowing in his praise of former PSG stars Zlatan Ibrahimovic and David Beckham.

Ibrahimovic scored 156 goals and won four Ligue 1 titles among other silverware during his time at PSG, where the Swedish striker played from 2012 until 2016.

"Thinking back to all the players who have joined us since the beginning of our ambition with PSG, I could still highlight the time of Zlatan Ibrahimovic for his character, his leadership, his charisma and his ability to get things done," said Al-Khelaifi.

"He was always reliable, and when the situation demanded something from him, he knew how to stand up to the challenges of the moment."

Former United, Madrid and England star Beckham enjoyed a brief stint at PSG before retiring in 2013.

"I must also quote David Beckham. Although he was only at PSG for a short time, he had a transformative effect on our club," Al-Khelaifi added.

"His investment in training, his concern for applying every detail at every moment, his determination to succeed, his taste for teamwork and his natural aura were extremely precious assets."