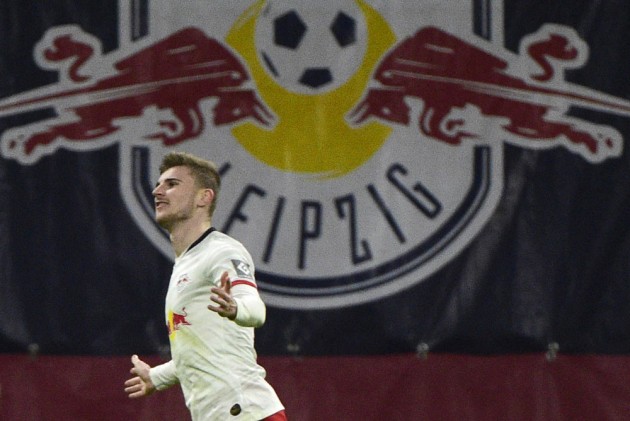 Timo Werner is heavily linked with a move to Liverpool, but how could the forward fit at the Premier League giants? (More Football News)

Werner, 24, is reportedly prioritising Jurgen Klopp's side, having starred for RB Leipzig this season.

The Germany international said in February he was proud to be linked to Liverpool, who won the Champions League last season and were dominating the Premier League this campaign before it was suspended due to the coronavirus pandemic.

But Klopp has Mohamed Salah, Sadio Mane and Roberto Firmino at his disposal already and the trio are widely regarded as one of the best attacks in the world.

We use Opta data to assess Werner and the trio, and look at the forward in comparison to Firmino's final season in the Bundesliga before joining Liverpool.

Prolific Werner could add something different

Werner has scored 21 goals, including three penalties, in 25 Bundesliga games this season, with Leipzig – who are third in the table – heavily reliant on the forward. Liverpool have less of a reliance on one player, with Salah (16), Mane (14) and Firmino (eight) netting 38 between them in the Premier League. That means Werner has scored a goal every 97.6 minutes in the Bundesliga, far better than the best of Liverpool's trio – Salah at 140.4. Werner also leads the four players in the Champions League with a goal every 144.8 minutes.

Salah has created the most 'big chances' of the quartet with 12, although it is only narrowly ahead of the rest with Werner sitting at 10, Firmino on nine and Mane on seven. However, Salah has just six assists compared to seven for each of the other three.

Absolutely no surprise to see @TimoWerner win the Bundesliga 'Player of the Month' award for November!

Sometimes questioned for his lack of goals, Firmino's movement and work rate are lauded at Liverpool. The Brazilian has won possession in the final third 27 times in the Premier League this season, with Werner (18) below Firmino, Salah (23) and Mane (21). Werner has won possession in the final third just once in eight Champions League games, falling behind the other three with Salah (six) leading the way.

Firmino is also a more successful dribbler than the rest, completing 48 of 81 at 59.3 per cent in the league, with the other three below 55 per cent. Interestingly, Werner has struggled in this department in the Champions League, completing just seven of 21, well behind Firmino (18 of 28).

Werner delivering as Firmino did before move

Firmino joined Liverpool from Hoffenheim in 2015 for a reported £29million, far less than the apparent £52m they would have to pay for Werner. Firmino turned 23 during his final Bundesliga season, while Werner celebrated his 24th birthday this campaign. So how does Firmino's last Bundesliga campaign compare to Werner this season?

During the 2014-15 season, Firmino scored seven goals and provided 10 assists in 33 Bundesliga games, while Werner has 21 and seven respectively in his 25. The Brazil international's numbers were impacted, however, by hitting the woodwork an extraordinary five times. It means Werner's 'big chance' conversion (48.3 per cent) is better than Firmino's was (30.8), although how different they are is again highlighted. Firmino created 67 chances from open play in that campaign, while Werner is up to 35. Firmino also won possession in the final third 28 times compared to Werner's 18. And while Werner has a better dribble success rate (54.1 to 53.6), Firmino attempted an incredible 261 compared to Werner's 85.

Werner has plenty to offer, and he can add a different dynamic – and plenty of depth – to an already stellar attack at Liverpool, potentially even creating a spectacular front four if Firmino drops in to play as a number 10.