Son has scored 27 goals in 93 appearances for South Korea, including a total of three goals at two World Cups. 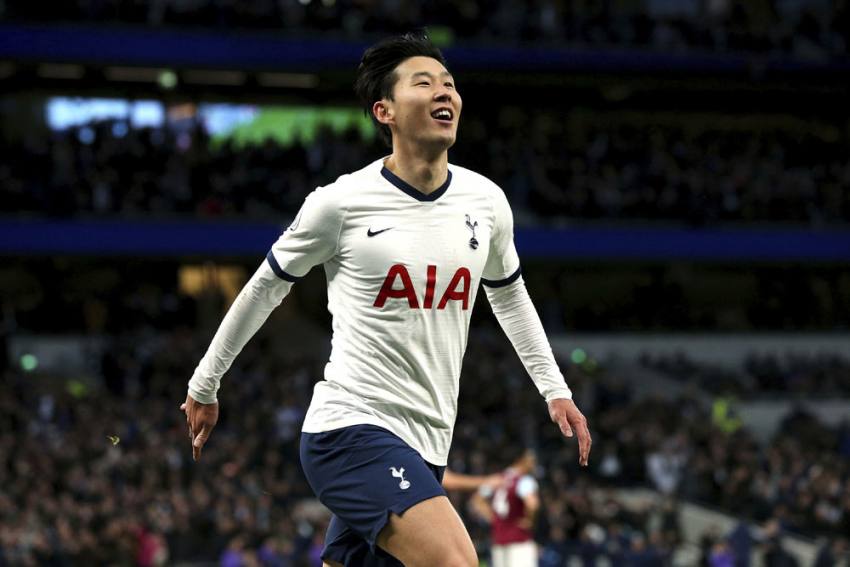 At least one star forward wants to stay at Tottenham.  Son Heung-min signed a four-year contract extension Friday to keep him at the Premier League club through June 2025. (More Football News)

Harry Kane's future is another question. He's under contract with the north London team until 2024 but has indicated he wants a change of scenery.

Not so for South Korea captain Son.

“It was already a big honor to play here for six years,” he said in a team statement. “The club have showed me massive, massive respect and obviously I'm very happy to be here.”

The 29-year-old Son has compiled 107 goals and 64 assists in 280 appearances in all competitions since joining Tottenham from Bayer Leverkusen in August 2015.

“It's like home, especially with the fans, the players, the staff,” Son said.

"There was no decision. It was easy. I'm so happy to be here and will be so glad to see the fans again soon.”

No financial details were given.

“Everyone can see the real positive impact he has on the club, both on and off the field, and we are delighted that he will play a part in what we are trying to achieve in the coming years," football managing director Fabio Paratici said.

After Tottenham's seventh-place finish in the Premier League left it out of the Champions League, Kane indicated he wants out. The England and Tottenham captain was frustrated with the direction of the team and lack of trophies.

“I want to win something with Tottenham,” he said.

“This is my aim and this is also the fans' aim. This is a massive massive club — big opportunity. I want to be part of this, I want to take a big responsibility of this. That's what I signed for.”

Kane and Son in 2020-21 set the single-season Premier League record for combining on goals. The pair assisted one another on 14 goals, one better than Alan Shearer and Chris Sutton from the 1994-95 season with Blackburn.

Son has scored 27 goals in 93 appearances for South Korea, including a total of three goals at two World Cups.

Tottenham hosts Premier League champion Manchester City for its season opener on Aug. 15. The only European involvement for Tottenham this season will be in the less lucrative and new third-tier Europa Conference League. (AP)