With Matchday 7 having begun in the Premier League, teams are finally reflecting their true form, and could put in similar performances until the winter transfer window. 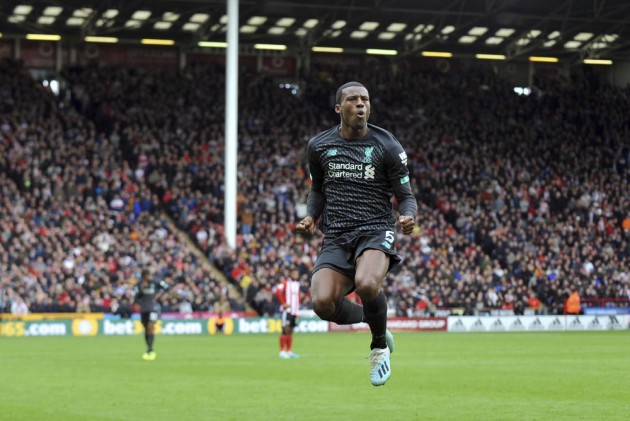 Liverpool sent out an ominous warning to the rest of the Premier League on Saturday, proving they can win ugly as Harry Kane rescued 10-man Tottenham.

Frank Lampard's Chelsea beat Brighton at Stamford Bridge, winning at home for the first time in the league under their new manager, courtesy of a Jorginho penalty and a Willian strike.

Elsewhere, there were wins for Wolves against bottom club Watford while West Ham's draw at Bournemouth lifted them to third in the table.

Jurgen Klopp's Liverpool won their seventh Premier League game out of seven to pull eight points clear ahead of Manchester City, thanks to Georginio Wijnaldum's fortunate strike in a 1-0 victory at Sheffield United.

The European champions looked short on invention against the well-organised Blades until Wijnaldum's shot from the edge of the box 20 minutes from time trickled between the legs of United goalkeeper Dean Henderson.

Liverpool, who have won 16 consecutive league games, finished a single point behind champions Manchester City in the Premier League last season but are now setting a searing pace as they chase their first top-flight title since 1990.

"For us it was important to win, we had unbelievably big chances," Klopp told BT Sport.

"In the first half we had two big chances and in the second one which we scored from. These games, they are not all beauties and you have to work hard for the results."

The hosts had their chances to spring a huge shock against their off-colour opponents as Adrian turned behind a long-range drive from Oliver Norwood before Andy Robertson made a brilliant block to deny John Fleck the opener.

But all of Sheffield United's good work was undone with one mistake when Wijnaldum pounced on a loose ball 20 yards from goal. His strike should have been easily handled by Henderson, who instead watched on with horror as the ball slipped under his grasp.

Tottenham boss Mauricio Pochettino recalled his big guns for the Premier League game against Southampton at home, making 11 changes from the side that suffered a shock League Cup loss at Colchester in midweek.

Spurs had won just two of their opening eight games in all competitions before Saturday and looked in deep trouble when they were reduced to 10 men against Brighton.

Tanguy Ndombele fired the home side ahead in the 24th minute but they suffered a blow when Serge Aurier was sent off after half an hour for two yellow cards.

Hugo Lloris then gifted Southampton an equaliser with a goalkeeping howler, Danny Ings dispossessing the Frenchman in his six-yard box and forced the ball home before Kane restored the home side's lead shortly before half-time.

The win lifted Spurs into fourth place in the Premier League, one spot behind West Ham, who drew 2-2 away to Bournemouth after beating Manchester United last week.

Crystal Palace were 2-0 winners against Norwich, thanks to a Luka Milivojevic penalty and a late Andros Townsend goal while a Matt Doherty strike and a Daryl Janmaat own goal gave Wolves a much-needed 2-0 victory against Watford.

Aston Villa's John McGinn gave his side a 2-1 lead in the 79th minute but Chris Wood levelled for Burnley just two minutes later and the match finished level.