Daniel James' third goal for Manchester United was not enough to deny Southampton a battling point at St Mary's. 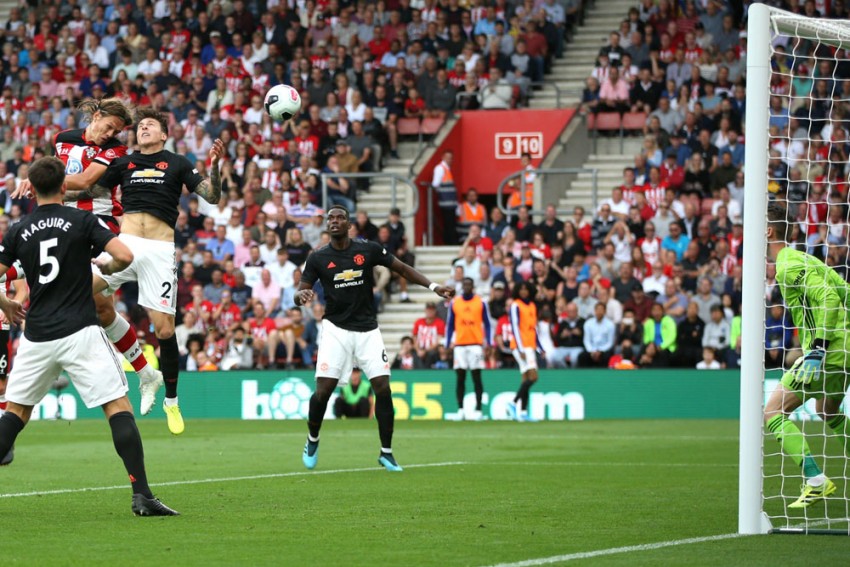 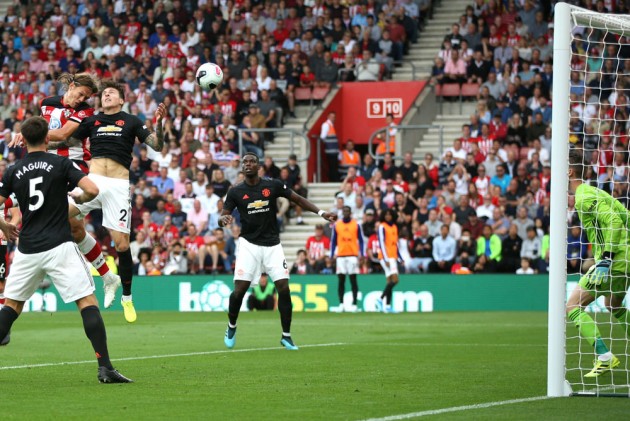 Manchester United were held to a third successive Premier League match without a win as Jannik Vestergaard earned 10-man Southampton a 1-1 home draw on Saturday.

Danish defender Vestergaard broke his duck for the club with a towering 58th-minute header to cancel out Daniel James' opener.

The latter had secured United an early lead with a well-taken third goal in four games but United were unable to add a second, even after Kevin Danso's dismissal in the 73rd minute.

Another frustrating result for Ole Gunnar Solskjaer's side comes in the wake of a deflating 2-1 defeat to Crystal Palace and sends them into the international break on a sour note.

The Chilean, loaned out to Inter on Thursday, would have been envious of the room gifted to James, who darted in from the left and lashed beyond Angus Gunn.

Southampton eventually mounted a period of pressure and were rewarded when Vestergaard climbed above Victor Lindelof and nodded in Danso's cross.

The odds swung back in United's favour when, 18 minutes from time, defender Danso dived in on Scott McTominay and received a second booking.

Gunn had to produce a smart save with his legs from Rashford as the away side became increasingly desperate for a winner but, aside from half-hearted appeals for a penalty when Mason Greenwood went to ground, there was little real concern for Ralph Hasenhuttl's men.

What does it mean? United's momentum waning after four matches

The Red Devils seem to have quickly lost confidence since setting Old Trafford ablaze with their ruthless opening-weekend defeat of Chelsea.

Performances have become steadily more subdued, culminating in an inability to see of a limited Saints side which was hamstrung by Danso's sending off.

Solskjaer has work to do.

McTominay was solid in midfield but James supplied the sparkle for the visitors.

Anthony Martial's absence through injury thrust more responsibility on the former Swansea City star's shoulders and he did his bit where others struggled.

Southampton had done well to find a way back into the match through Vestergaard but were made to sweat needlessly thanks to their 20-year-old loanee.

Already on a yellow, it was a completely senseless decision to wipe out McTominay which could well have cost his team a hard-earned point.

1 - Kevin Danso is the first ever Southampton player to be sent off on their first home appearance in the Premier League. Sinner.

- Manchester United are winless in eight away matches in all competitions (W0 D3 L5), their worst run since going nine without a win between April and November 2014.

- Daniel James has scored three goals in his first four Premier League matches for Man Utd – as many as he scored in his final 22 Championship appearances for Swansea City.

- Jannik Vestergaard scored his first Premier League goal for Southampton in his 27th league appearance for the club, becoming the third Danish player to score for the Saints in the Premier League, along with Ronnie Ekelund and Pierre-Emile Højbjerg.

- Southampton defender Kevin Danso is the first player to assist and be sent off in a Premier League game since Paul Pogba in December 2017 for Man Utd against Arsenal.

- Before Southampton’s Kevin Danso today, the last player to be sent off in their first home Premier League appearance was Yannick Sagbo for Hull City in August 2013.

United host Leicester City in their first match back after the international break on September 14, the same day as Southampton's trip to Sheffield United.