Shreyas Iyer won his India cap in the first IND vs NZ Test in Kanpur. It remains to be seen whether Iyer will play when Virat Kohli returns in the second Test in Mumbai.

The best thing about modern-day cricketers is that they are pragmatic and not driven by emotions. In an era where cricket is played almost throughout the year, cricketers deal with injuries, situations and often some harsh team management decisions.

Shreyas Iyer was asked the obvious question on Friday. Will he play when Virat Kohli returns as captain in the second Test against New Zealand in Mumbai?

It was Iyer’s century on debut that gave the Indian innings a semblance of solidity. The Mumbai batsman became India’s 16th batsman to score a hundred on debut and it could not have come at a better time.

Shreyas Iyer’s 105 was the centrepiece of the Indian first innings and if Ravichandran Ashwin did not add a gutsy 38 at No. 8, India would have looked very poor.

Day 2 at Green Park, Kanpur clearly belonged to New Zealand. Tim Southee took his 13th five-wicket haul and his second India as the hosts lost six wickets for the addition of just 87 runs. India were 258 for four at close on Thursday. 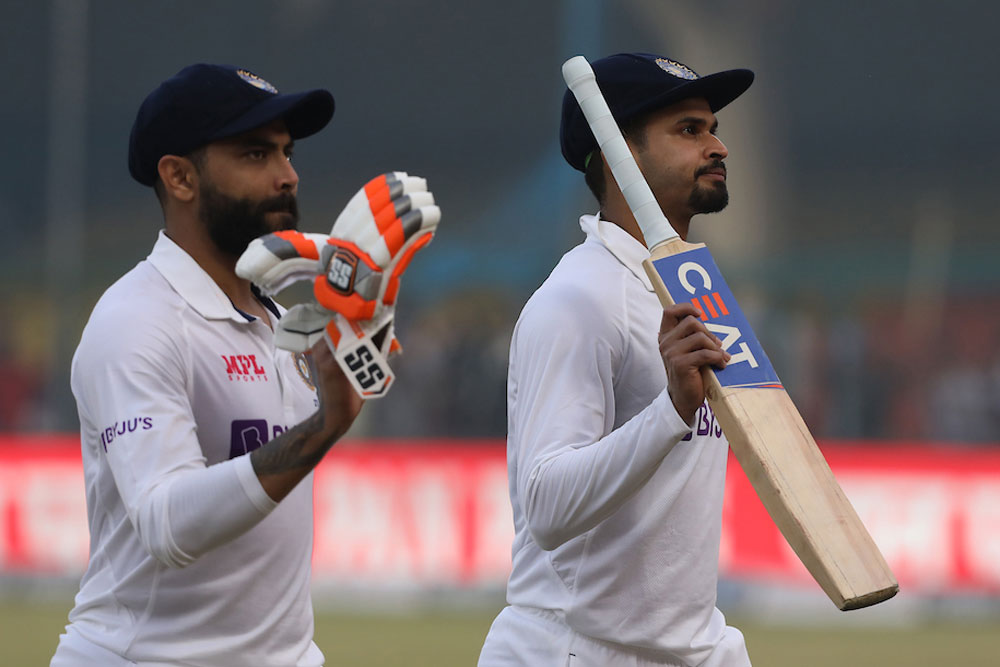 Iyer, 26, showed his maturity as a batsman. Off the pitch, he was equally at ease. This time with the media asking what if when Virat Kohli returns. No emotions, no negative vibes and no complaining, Iyer responded with a straight bat.

"My aim is to think about today and not think about what's going to happen in next game because if I think about that I won't be in present and won't be able to perform on a given day. Whatever happens, happens for the best, and I will take it in my stride," Iyer added.

Iyer has lived with disappointments. He lost his Delhi Capitals captaincy to Rishabh Pant after getting injured in the IPL 2020 season. But he responded positively to the team’s cause in IPL 2021.

Shreyas Iyer has had his share of ups and downs in the past few years. He was not known for his ability in red-ball cricket and had to make the mental switch when he was guaranteed a place in the Kanpur Test squad.

"When I came to Kanpur, I didn't know I was going to play. Rahul (Dravid) sir and skipper (Ajinkya Rahane) came to me and suddenly I had to get into the mindset of red ball cricket as last match I played was three years back at Irani Cup (vs Vidarbha). I took this up as an opportunity and as challenge as well," Iyer said.

"Once you play white ball for so long and then change to red ball cricket, it is a different ball game," he admitted.

Having Dravid in the dressing room helped. Stand-in captain Ajinkya Rahane’s cool demeanour was also a calming influence. For young players to prosper and grow as Test cricketers, dressing room stability is a must. Dravid will surely ensure this.

"Rahul sir and skipper Rahane motivated me a lot and before the game, they said that you don't have to change anything as you have played Ranji Trophy before and scored so many runs," Iyer revealed.

Iyer responded brilliantly. These intelligent and educated young men are just fantastic in the way they react to situations. Take it as it comes. And Indian cricket, oozing with talent, can be just ruthless.