Ferrari have been quiet about their progress since last season and could spring a surprise or two in 2021, Pierre Gasly says 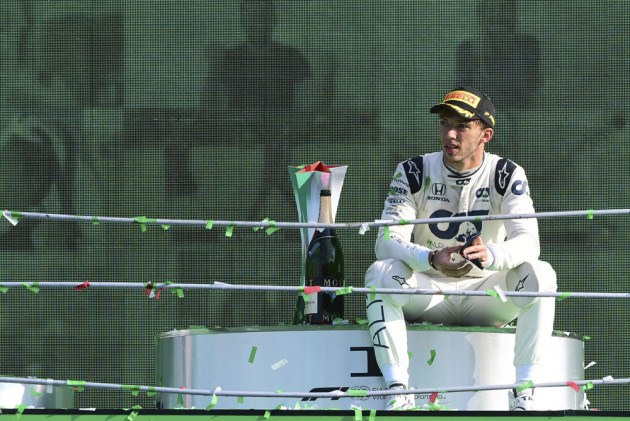 Pierre Gasly believes Ferrari could be the team to watch in the 2021 Formula One season even though Mercedes are likely to finish "clearly on top".

The Scuderia managed just three podium finishes through Charles Leclerc and Sebastian Vettel last year as they came sixth in the constructors' championship.

AlphaTauri were just 24 points behind them, their season buoyed by a remarkable grand prix win for Gasly in Monza.

However, testing ahead of 2021 has offered glimpses of a better future for Ferrari following their worst season in four decades. Carlos Sainz recorded the third-fastest time last Sunday in Bahrain, while he and Leclerc are each said to be happier with the handling of the car after problems with straight-line speed last year.

Gasly, who has spoken privately to Leclerc about Ferrari's progress, believes the team are keeping their cards close to their chest in terms of their progress during the off-season.

He told Stats Perform News: "I think Ferrari are kind of hiding and not showing too much. Compared to last year I think they are clearly better.

"I discussed it with [Charles] Leclerc after the test and we exchanged a couple of messages, talking but not too much, just trying to [laughing], have an idea!

"I think we are close to each other. I don't know if they are ahead of us or if we are slightly ahead. But they have clearly made a step forward.

"I think McLaren seem to be a very strong opponent and competitor at the moment, especially with a Mercedes engine. They seem to have managed to put a strong package together.

"Then at the top, we will see what happens between Mercedes and Red Bull; it is very difficult to say and make any conclusion. Mercedes had a pretty difficult test, with some reliability issues, but we know how strong they are as a team so I wouldn't be surprised to see them clearly on top."

The new season begins in Bahrain on March 28.