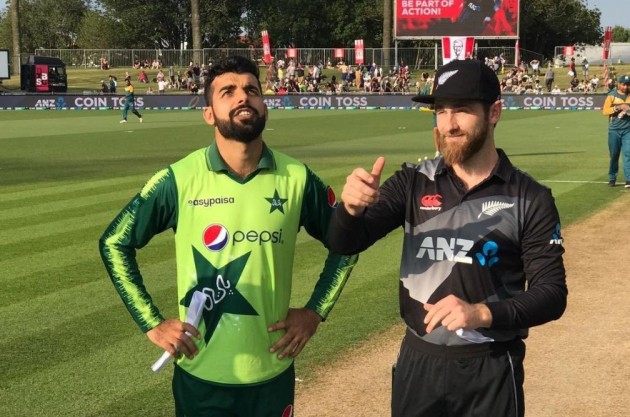 The Pakistan Cricket Board has requested New Zealand Cricket to play two additional T20I matches when its team tours the country later this year before the World T20 Cup in UAE. (More Sports News)

According to details, the New Zealand team is scheduled to play three One-Day Internationals and as many T20 matches in September-October during the tour, which will be its first to Pakistan since 2002.

"Yes negotiations are being held with Cricket New Zealand to play two additional T20 matches because of the World T20 Cup but nothing is finalized as yet," a source said.

The PCB is gearing up to host a number of top teams in the 2021/22 season with New Zealand, England, West Indies and Australia lined up.

West Indies are due tentatively in December and Australia in Feb/March 2022.

The tours have also left the PCB in a position from where it might have to postpone the Pakistan Super League to April-May instead of its regular window of February 20 to March 23.

England will also be touring Pakistan for the first time since 2005/06 for a short T20 series in October before the World Cup followed by West Indies and Australia.

Australia, which will be sending a reconnaissance delegation to Pakistan in September to inspect arrangements for their tour, have also not played in Pakistan since 1998.

Between 2010 and 2018, no top-ranked Test side visited Pakistan due to security concerns following the terrorist attack on the Sri Lankan team bus in Lahore in March, 2009.