Paris Saint-Germain defeated Metz 2-0 in a Ligue 1 match briefly suspended because of a homophobic banner among home fans. On Wednesday, the game between Nice and Marseille was paused because of the same reason. 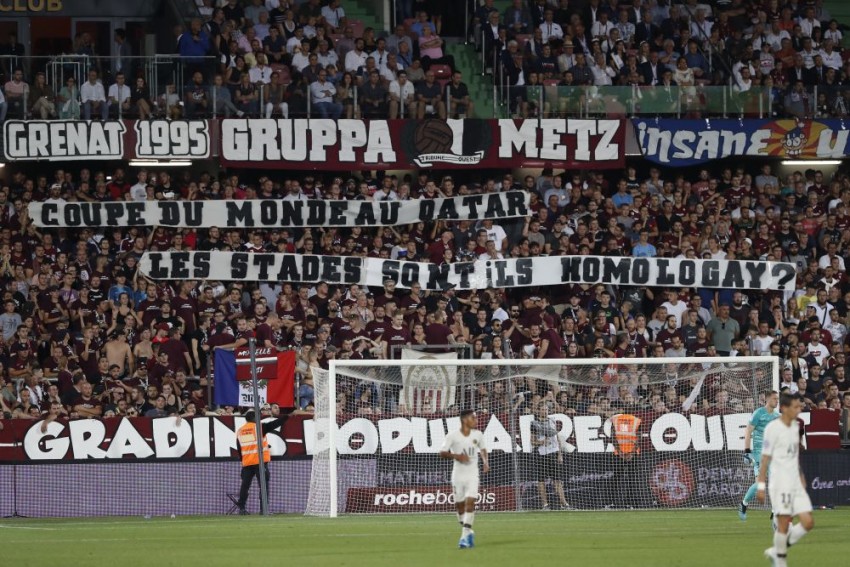 Metz supporters hold banners during the Ligue 1 game against PSG. The referee stopped the match until the banners were removed.
AP
Outlook Web Bureau 2019-08-31T10:14:40+05:30 Paris Saint-Germain Beat Metz In Latest Ligue 1 Game To Be Halted 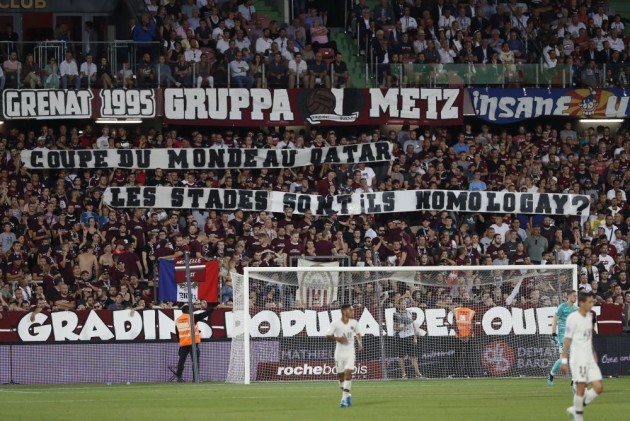 Angel Di Maria and Eric Maxim Choupo-Moting scored the goals the visitors needed to win an undistinguished game and move to the top of the table.

"We won, and that was important," said Di Maria.

Neymar, who reportedly wants to return to Spain, was again left out of the squad as negotiations over his potential transfer drag on.

"It depends on Barcelona. We were open to talk," PSG sporting director Leonardo said after the game in Metz, adding that there was no agreement yet with Barcelona.

"We have always said that he could leave if a proposal that satisfies us arrives. This is not the case."

Another player who has become the centre of speculation, goalkeeper Alphonse Areola, dropped to the bench.

Areola, a France international, is reportedly set to go to Real Madrid in a swap for veteran Costa Rican Keylor Navas.

PSG also started without the injured pair of Kylian Mbappe and Edinson Cavani.

"It wasn't easy because this week there were a lot of possibilities to be distracted," said PSG manager Thomas Tuchel.

Marcin Bulka started instead of Areola, making his senior professional debut. The 19-year-old Pole arrived in the summer after spending three seasons in the Chelsea youth system.

PSG also gave a debut to midfielder Adil Aouchiche. At 17 years and six weeks, he was their youngest ever Ligue 1 starter.

"It was not a brilliant performance but it was serious," said Tuchel, who picked up a second-half yellow card.

"It was obvious that we lack quality offensively to create more chances."

Di Maria smashed home an 11th-minute penalty to give PSG the lead.

It complained that they wanted the French league (LFP) to allow them to aim homophobic chants at PSG.

The last two continued: "I won't be on TV, because my words are not very cheerful."

Referee Frank Schneider halted play, but as the teams headed for the sideline, the banner vanished. The game restarted after three minutes with a drop ball.

"Football must remain a party and it went pretty well tonight," said Metz manager Vincent Hognon, adding that he did not get a good look at the banner and wanted his team to stay focused on the game.

On Wednesday, referee Clement Turpin took the players off for more than 10 minutes in response to homophobic chants in Nice during a home loss to Marseille.

After play resumed, Idrissa Gueye hit the Metz bar with a close-range header. The home team's marking had not improved when Choupo-Moting barely had to jump to head the second goal in the 43rd minute.

Metz gave PSG uncomfortable moments in both halves, but could not force Bulka to make a difficult save.

"This is the third time in four games we haven't conceded a goal, we've never lost our organisation," Tuchel said.