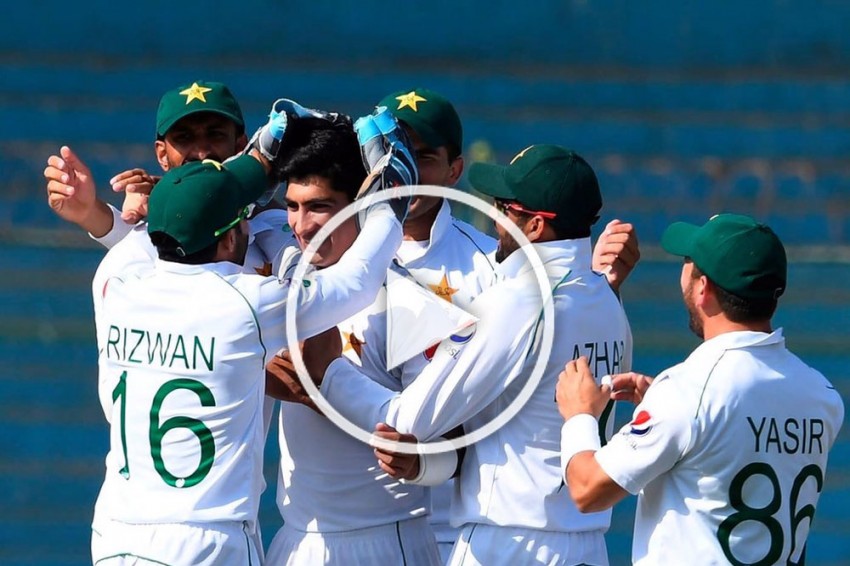 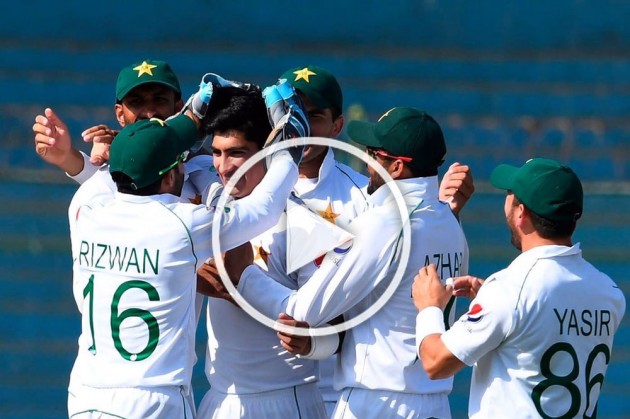 Pakistan's teenaged fast bowling sensation Naseem Shah on Sunday became the youngest player to claim a hat-trick in Test cricket history when he produced a stunning spell to leave Bangladesh on the brink of a huge defeat on the third day of the first match at Rawalpindi. (More Cricket News)

Bangladesh, trailing by 212 runs in the first innings after bowling out Pakistan for 445 in the second session, were rocked by Naseem in the 41st over of their second essay when he dismissed Najmul Hossain Shanto (38), Tajiul Islam (0) and Mahmudullah (0) in successive deliveries.

The 16-year-old youngster trapped Shanto and Islam leg before with fast inswing deliveries and had the experienced Mahmudullah driving at one outside the off-stump to Haris Sohail's hands at second slip to complete his hat-trick and finish with impressive figures of 4 for 26.

In the last session, Bangladesh collapsed to 126 for 6 from 124 for two to end the day still requiring 86 runs more to avoid their third successive innings defeat in Test cricket.

Naseem, who bowled debutant opener Saif Hassan (16) out and followed it up with his hat-trick, will celebrate his 17th birthday on February 15.

The youngster, who made his Test debut in Australia last year, had also taken a fiver against Sri Lanka in Karachi in his previous Test in December.