The inaugural Rugby World Cup began on this day in 1987, while a decade ago, Jose Mourinho completed a treble with Inter 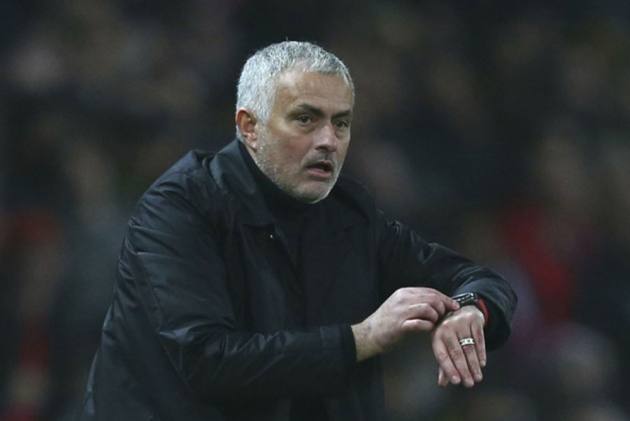 May 22 was a memorable day for fans of Inter and Jose Mourinho. (More Sports News)

A decade ago, the Portuguese led the Nerazzurri to a treble by beating Bayern Munich in the 2010 Champions League final.

That was a fine achievement for Italian sport, though the country's rugby union team were certainly not celebrating after being thrashed by New Zealand in the opening game of the first ever Rugby World Cup in 1987.

Here we take a look at major events that happened on May 22 in previous years.

Though the annual Home Nations (now the Six Nations, of course) has been staged in some form since the 1880s, it took over a century for the powers-that-be to form a truly global rugby union tournament.

In 1987, 16 nations headed for New Zealand and Australia for the first ever Rugby World Cup.

The opening game pitted the All Blacks against Italy, with the co-hosts storming to a 70-6 triumph.

John Kirwan capped the occasion by scoring one of the greatest tries we've seen in the 32 years since pic.twitter.com/zYplWSfl8n

In fairness to Italy, New Zealand breezed past most opponents that year, swatting aside Scotland, Wales and France in the knockout rounds en route to lifting the trophy in Auckland.

Annika Sorenstam became the first woman to play a PGA Tour event in 58 years in 2003.

Her participation in the Bank of America Colonial was met with strong disapproval from multiple major winner Vijay Singh, though spectators were certainly receptive to the Swede as she carded a one-over 71 in her first round.

Colonial week on the PGA tour. Brings back some wonderful memories from 2003. 10 Year anniversary !!

Yet a second-round 74 meant Sorenstam missed the cut by four shots.

Speaking afterwards, an emotional Sorenstam said she would not play another PGA Tour event again.

No Italian team had ever won a treble until 2009-10, as Mourinho's Inter won Serie A, the Coppa Italia and the Champions League.

The final trophy in the set was delivered in Madrid, where Diego Milito scored both goals in a 2-0 triumph over Bayern Munich.

Mourinho became the third manager, after Ernst Happel and Ottmar Hitzfeld, to win the European Cup/Champions League with two different teams, having earlier done so in his career with Porto.

He would soon be calling the Spanish capital home too, leaving Inter to take charge of Real Madrid shortly after the final.

The greatest of all? #TBT pic.twitter.com/G0kIByC01I