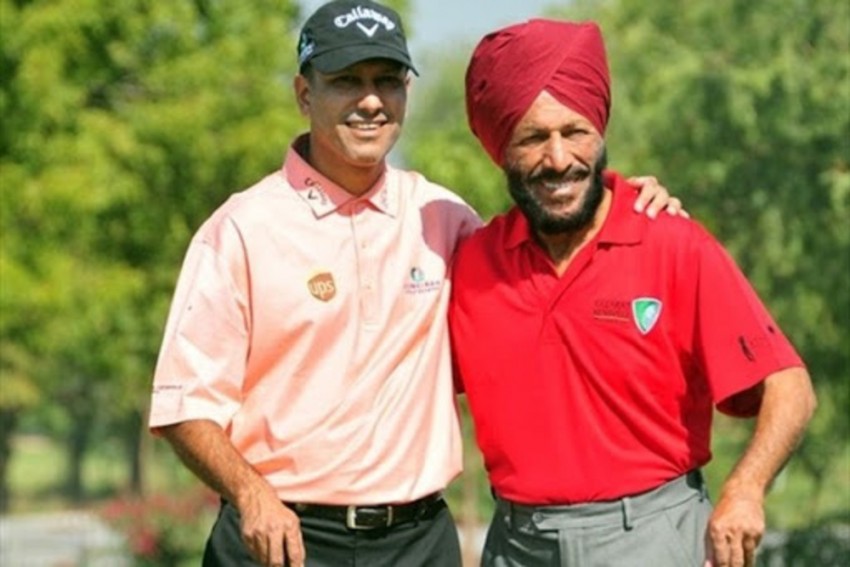 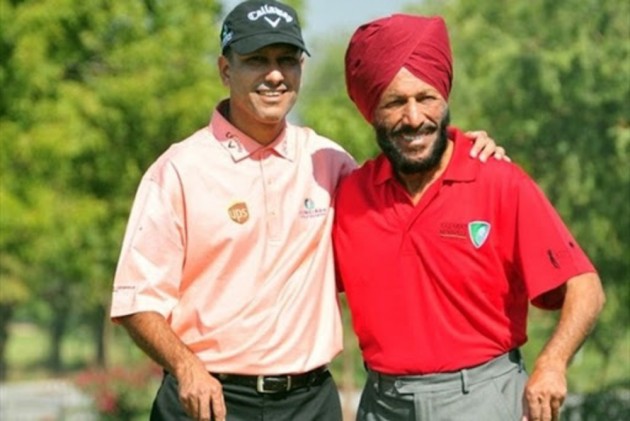 On Father's Day on Sunday, Jeev Milkha Singh thanked his father Milkha Singh for letting him choose golf as a career.

Jeev, who is eyeing the senior's tour in two year's time, said Milkha was the driver of his career and was the "perfect friend, philosopher and guide" in his roller-coaster of a career as a professional golfer. "He will always be my hero."

In an exclusive chat with Outlook, Jeev said he was now understanding the value of good parenting as his 10-year-old son Harjai is taking the first tentative steps towards serious competitive golf. 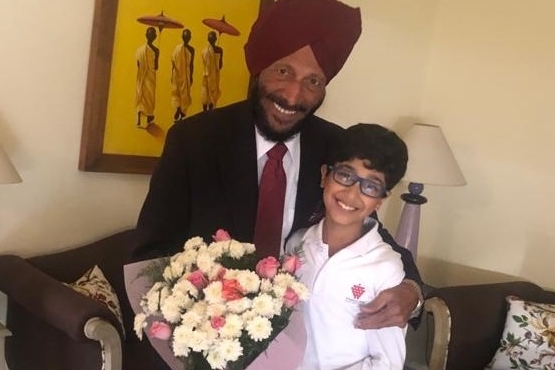 "He (Harjai) has won a tournament already but I am not going to force him to take up golf as a career. My father never forced me to take up athletics," said Jeev.

The legendary Milkha Singh, now 84 and superbly fit, played a crucial role in Jeev's transformation into a professional golfer.

"He gave me the freedom to chose my career and my love towards the game grew as I stayed close to a course and could go and play regularly," remembers Jeev, now 48.

"Dad bought me my first golf set. It was a set for women because in those day, there were no customised clubs for kids like me," remembered Jeev.

Milkha Singh, who was nicknamed 'the Flying Sikh' for his brilliant run in the 1960 Olympics in Rome where he agonisingly missed the 400m bronze by a whisker (0.1 seconds), was the quintessential mentor as Jeev's career took wings.

"He was more than just a doting father. I was travelling the world alone and there were so many provocations. I was a free young man and dad said it was important to build character and respect the culture in which we were raised," said Jeev.

"That freedom to talk anything under the sun with him was important growing up. Whether it was sharing a drink or talking women, my dad was my best friend. Nothing would happen behind his back," remembered Jeev.

But Jeev's most precious lesson in life and career came from Milkha's historic race in Rome. "Dad regrets the fact that he was unable to pace his run. It wasn't his perfect race," said Jeev.

"Dad told me how he did a big mistake by running the first 200 metres too fast. He has lost the power in the home stretch and paid the price," remembered Jeev. 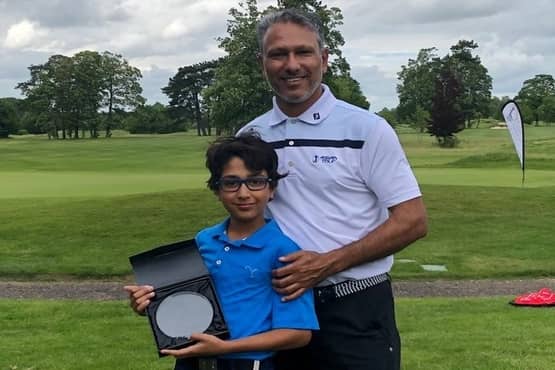 A precise judgement of timing is important in a professional athlete's life and Jeev admits he has often messed it up by "rushing back from injuries."

"I am responsible for not being at my best for trying to defy injuries many times. I didn't obviously pace my career well at certain stages," said Jeev.

The most successful Indian golfer on the European Tour with four big wins and the first Indian to break into the world top 100, hasn't won anything significant after the Scottish Open in July 2012.

"But I am not giving up. I am planning to enter the Seniors Tour when I turn 50 and I will then be the baby of the tour. A new innings will start," Jeev signed off.