NZ Vs IND, 1st Test: Mayank Agarwal Given Out For 'Hitting The Ground' - WATCH And You Be The Judge - VIDEO

Indian opener Mayank Agarwal failed to get the benefit of the doubt during the third day's play of the first Test against New Zealand at Basin Reserve, Wellington. Check the video footage here 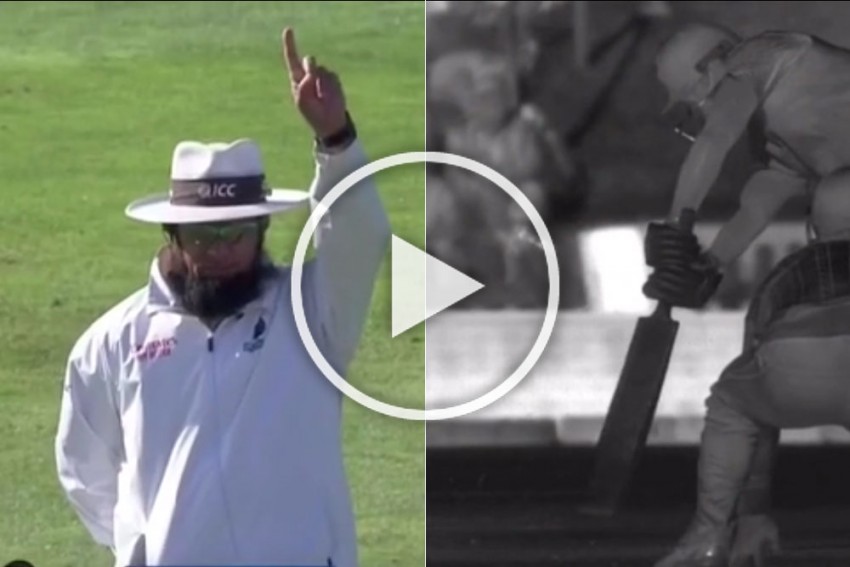 Umpire Aleem Dar with his decision against Mayank Agarwal.
Screengrab: gfycat
Outlook Web Bureau February 23, 2020 00:00 IST NZ Vs IND, 1st Test: Mayank Agarwal Given Out For 'Hitting The Ground' - WATCH And You Be The Judge - VIDEO 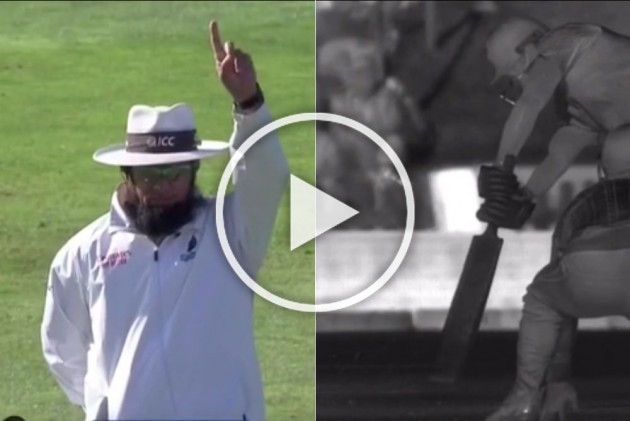 As India fight to save the first Test match against New Zealand, opener Mayank Agarwal found himself becoming a victim of misjudgment on Day 3 at Basin Reserve, Wellington. That's what the majority of Indian fans thought.

Agarwal, who became the only Indian batsman to hit a fifty in the match, so far, was given out caught behind in the 39th over. He tried to glance the fourth ball, bowled by Tim Southee, but ended up 'missing the ball,' yet still umpire Aleem Dar agreed with the Kiwis.

While walking back, he had a chat with skipper Virat Kohli and was convinced to take the review.

Third umpire Michael Gough, after spending some time on the Decision Review System (DRS), decided to go with the original decision. Meaning, it was a wasted review for India.

But it certainly looked like a not out as the hot spot failed to pick any contact between the bat and ball. As pointed by fans, the spike was probably of the bat hitting the ground.

Agarwal made 58 off 99 balls with the help of seven fours and a six.