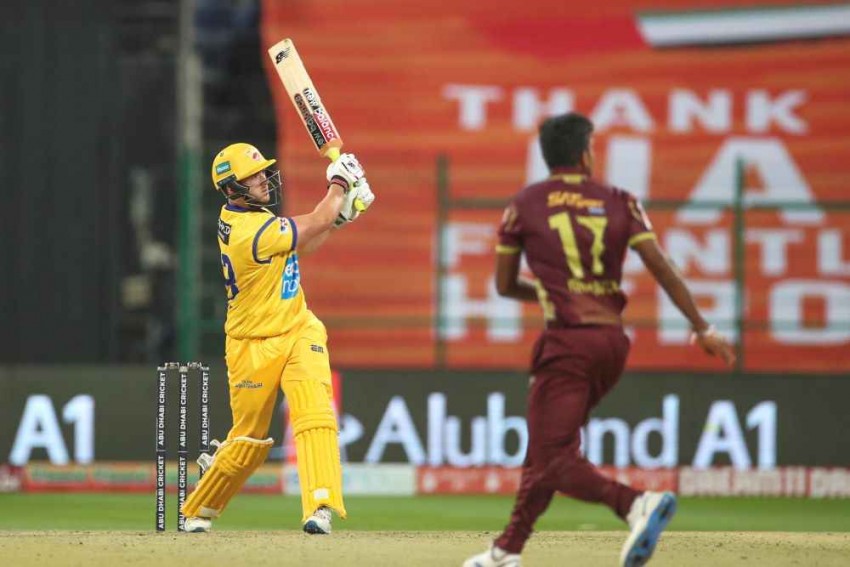 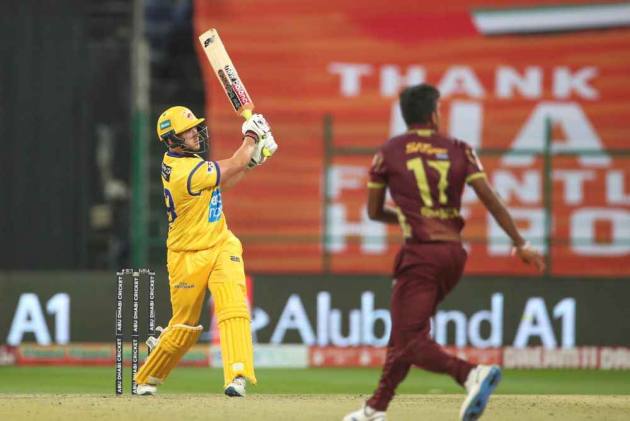 The match got off to a sensational start when Wahab Riaz clean bowled Paul Stirling in the first ball of the match through a swinging yorker.

Skipper Luke Wright, however, hit Riaz for two consecutive boundaries and a six in the same over.

Wright did not spare Junaid Siddique in the second over and hit him for a six and a boundary. Rayad Emrit ended Wright's quick knock by forcing him to hit straight to Fabian Allen at mid-wicket for 33.

When Siddique had Chris Gayle caught at long-on by Rovman Powell, Team Abu Dhabi slipped to 38 for 3 in 3.1 overs.

Clarke began by hitting Siddique for two consecutive boundaries. Warriors re-introduced Riaz for the fifth over and he gave away just eight runs.

Clarke opened up in the eighth over and hit Emrit for two sixes and two boundaries to take 22 runs. Ben Duckett too chipped in by hitting Lakshan for two sixes to steer the total past the 100-run mark.

In reply, Warriors went for big hits right away with Simmons hitting Usman Shinwari's third delivery for a six over mid-wicket while Muhammad smashing him for a boundary past point.

Simmons also hit Naveen Ul Haq for two successive boundaries and a six in the second over.

Jamie Overton's deceptive slower deliveries made Muhammad swing and miss twice, but he hit the next two deliveries to the boundary.

Rohan Mustafa bowled a tight fourth over despite Simmons hitting him for a boundary.

With 31 runs needed off the last two overs, Simmons smashed McCoy through the covers for a boundary. Muhammad too hit McCoy for two boundaries and a six to reduce the margin to 15 runs off the last six balls.

With three runs needed off the last four deliveries, Overton trapped Muhammad leg before for 76. Nicholas Pooran then walked in but was out when he lifted Overton straight to McCoy at long-on.

Simmons picked a single off the fifth ball. Powell replaced Pooran and hit Overton to mid-wicket, but a fumble by Mustafa gave them the required two runs.