Home  »  Website  »  Sports  »  Neymar Welcome To Reunite With Lionel Messi At Barcelona... But First He Must Ask For Forgiveness - Jordi Farre

Neymar Welcome To Reunite With Lionel Messi At Barcelona... But First He Must Ask For Forgiveness - Jordi Farre 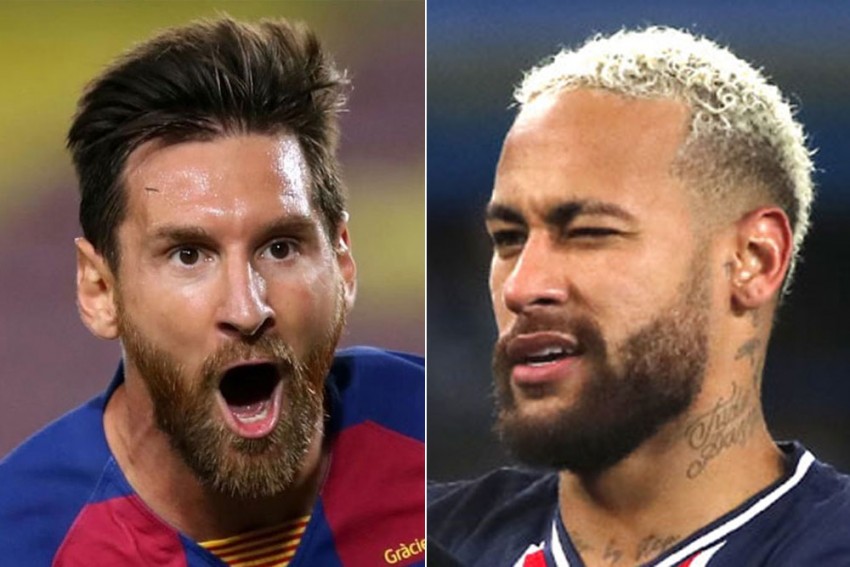 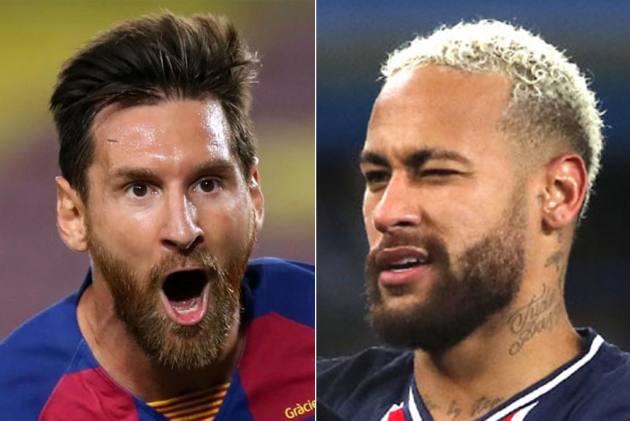 The Brazil international spent four trophy-laden seasons in Catalonia, forming a formidable partnership alongside Messi and Luiz Suarez, before joining Paris Saint-Germain for a record €222million in 2017 after his release clause was triggered.

Neymar has scored 50 times in 59 Ligue 1 outings since arriving at PSG and assisted a further 29 - only team-mate Kylian Mbappe (99) has been directly involved in more goals in the competition in that time.

During his time with Barca, meanwhile, he was directly involved in 164 goals in 186 appearances, helping the club to eight trophies.

He left Barca under a cloud and has since been embroiled in a court battle with his former club over an alleged breach of contract and unpaid loyalty payments.

However, the superstar forward caused a stir earlier this month when saying he wants nothing more than to link up with Messi again next year.

PSG are rumoured to be readying an offer for soon-to-be free agent Messi, but Farre - in the running to succeed Josep Maria Bartomeu as the LaLiga giants' next president in January's elections - has suggested the pair could play together at Barca.

"Neymar will be welcome but the first thing he has to do is withdraw his demands and ask for forgiveness," he told RAC1.

"We have spoken to his people and they have told us about 'going home'.

"Who doesn't want the third-best player in the world on their team? There is an option of a transfer request, which would see him come for €40-45m."

Messi failed in an attempt to engineer a move away from Barcelona in the close season but is due to be out of contract at the end of the campaign, meaning he is able to open talks with other clubs from next month.

Manchester City and Inter have been linked with the Argentina international, but reports from Spain last week suggested PSG are the frontrunners for Messi's signature, although his father and agent Jorge has since labelled that speculation "false".

A goal for the history books

Farre hopes he can persuade the six-time Ballon d'Or winner to stay on, albeit on a reduced salary as Barca adjust to the crippling effects of the coronavirus pandemic.

"Messi and Neymar can play together at Barca next year. I am sure Messi does not want to leave," he said.

"I have talked to his people and, while we have not made any progress, he has told me he wants to stay. But he wants to be part of a winning project.

"My proposal to him is that he renews year after year, then we create a joint brand between Messi and Barca, and that he goes on to become the club's honorary president.

"But he will have to adapt to the current conditions of the club."

Messi scored in Barcelona's 2-2 draw with Valencia at the weekend to notch his 643rd goal for the Blaugrana, equalling Santos great Pele's one-club goals record.