Goals from Raheem Sterling and Kevin De Bruyne were not enough for Manchester City to see off a spirited Newcastle United side on Saturday. 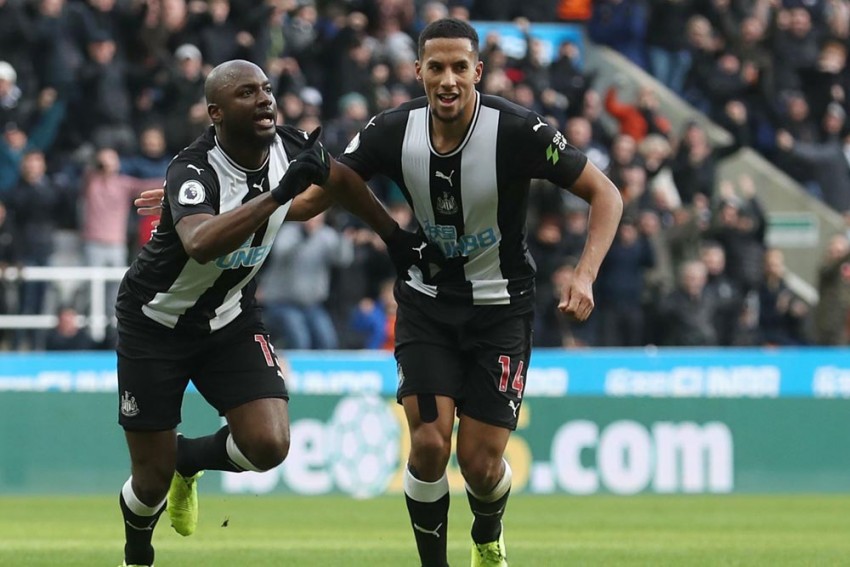 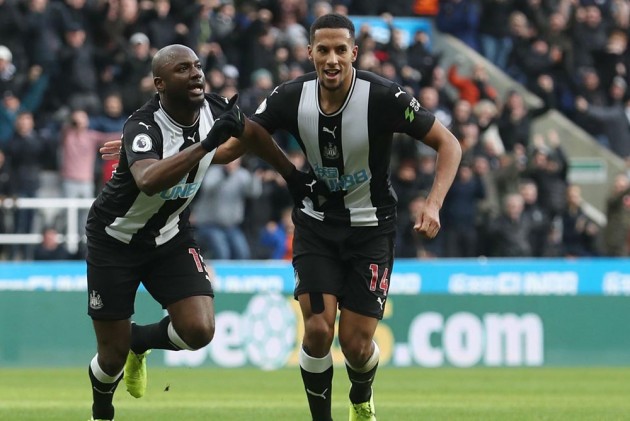 City looked set to cruise to all three points when Raheem Sterling scored his eighth Premier League goal of the campaign midway through the first half, but they were pegged back by Jetro Willems' fierce drive three minutes later.

Kevin De Bruyne restored City's lead eight minutes from time with a stunning half-volley, yet Pep Guardiola's side were denied a vital victory by Shelvey's equally wonderful strike in the 88th minute.

Sterling squandered a huge chance to win it in stoppage time, and the result means City could end the day 11 points behind leaders Liverpool if Jurgen Klopp's side overcome Brighton and Hove Albion at Anfield.

After an even opening, City went ahead with their first clear sight of goal in the 22nd minute.

David Silva picked out Sterling with a clever backheel and the England international whipped his finish into Martin Dubravka's bottom-left corner from 12 yards.

That sparked the hosts into life and they pulled level just three minutes later when Willems ran onto Miguel Almiron's pass and drilled low past Ederson from 15 yards, the goal marking the Paraguayan's first assist since joining the club in January.

Dubravka was finally called into action after 68 minutes, standing firm to block Gabriel Jesus' initial effort before keeping out De Bruyne's follow-up with his feet.

There was nothing the Magpies goalkeeper could do about De Bruyne's strike in the 82nd minute, the Belgium international using his chest to control a headed clearance before unleashing a superb effort that crashed in off the underside of the crossbar.

Newcastle bounced back in style to ensure a share of the spoils two minutes from time, though, when Shelvey whipped home from 25 yards after Christian Atsu had picked him out with a short free-kick.

Sterling went agonisingly close to a winner deep into stoppage time, but Dubravka saved and it was not to be for Guardiola's side, who have now dropped points in five of their 14 Premier League games this season.

What does it mean? City's title hopes slipping away

Guardiola must have thought his side had escaped with a vital win when De Bruyne conjured up a moment of magic. It would have merely served to paper over the cracks of yet another disjointed City performance, though. They are a shadow of the side that has swept all before them over the past two seasons and are so far behind Liverpool already that their chances of another title look remote.

Willems revels on the big stage

The 25-year-old clearly enjoys himself against the Premier League's big boys. He added to his superb goal against Liverpool earlier this season with another fine strike against the reigning champions.

Jesus had scored seven goals in his past eight Premier League starts before this game, but the Brazil international never looked like adding to that tally during an insipid display. Guardiola will be hoping that Sergio Aguero can make a swift recovery from his thigh injury.

- Newcastle are unbeaten in each of their past four home league games against reigning top-flight champions (W2 D2), for the first time since a run of five ending in February 2003.
- No Premier League player has scored more goals in all competitions this season than Raheem Sterling (15 goals, level with Raul Jimenez).
- Kevin De Bruyne has had a hand in six goals in six Premier League appearances against Newcastle, scoring two and assisting four.
- Of players with at least 15 Premier League goals, only David Ginola (66.7 per cent) and Laurent Robert (65.2 per cent) have scored a higher ratio from outside the box than Jonjo Shelvey (64.7 per cent - 11 of 17).

Bruce takes his side to Sheffield United on Thursday, while City will hope to make a swift return to winning ways when they make the short trip to Burnley on Tuesday.