New Zealand Vs India, 1st T20I Preview: As Tour Down Under Hits Homestretch, India Eye Good Start To Another Series

Another series win for the visitors will cap off a dream tour Down Under. The tour started on a heart-breaking manner, losing the first T20I against Australia by 4 runs via DLS method despite dominating the contest on November 21 last year. 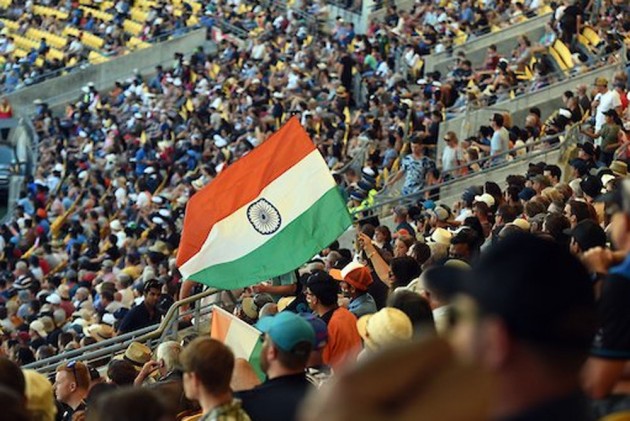 India have played only two Twenty20 Internationals against New Zealand in New Zealand, and have lost both the matches. That was in 2009.

After almost a decade later, India have got just the perfect opportunity to register their first win in New Zealand and also the maiden series win in there. But the head-to-head record between the two teams heavily favours New Zealand, with the Black Caps winning six of the eight meetings so far. However, the last time they met India won by six runs in Thiruvananthapuram in 2017.

Another series win for the visitors will cap off a dream tour Down Under. The tour started on a heart-breaking manner, losing the first T20I against Australia by 4 runs via DLS method despite dominating the contest on November 21 last year.

Here's One Challenge MS Dhoni Is Afraid To Take – WATCH

Who Says What After India's Win In 5th ODI?

Watch THAT Neesham Run-Out By Dhoni

India shared the T20I honours in Australia with a 1-1 result, but they were unlucky indeed not to have won the three-match series with the rain playing the spoilsport. India then went onto to register their maiden Test and ODI series victories in Australia.

They then crossed the Tasman Sea to register yet another ODI series win, this time with a bigger margin, 4-1. And, now the visitors are seeking a fourth series win in nearly three months. The tour culminates with the third and final T20I match on February 10.

As the tour hits the homestretch, a rampant India have infused new blood and would eye a good start when they face the Kiwis in the first T20I at Westpac Stadium on Wednesday.

While regular skipper Virat Kohli is getting the much-needed rest, the Rohit Sharma-led squad will be hoping it has enough left in the tank to record a maiden T20 series win in New Zealand, following a record 4-1 result in ODIs and a historic tour of Australia.

"We too are humans and our bodies need a bit of rest. Of course, we would be looking to win the series and carry the momentum back home for the Australia series," opener Shikhar Dhawan said on the eve of the game.

The preceding ODI series solved a part of the puzzle as India look to finalise their 15 for the World Cup. But there are still a few spots up for grabs and the T20 series can help the team management zero in on the squad for the mega event in England in May-July.

Young wicket-keeper batsman Rishabh Pant, who was not part of the ODIs, returns hungrier and has a big opportunity to stake a claim for a World Cup spot in the upcoming three T20s.

Veteran Mahendra Singh Dhoni is back in the T20 mix after being omitted from the series against Australia last year and his performance will also be keenly followed. He last played a T20 in July.

Following the high of the Test series Down Under, another stellar showing might just convince the selectors to include Pant in the final-15.

The series is also an opportunity for Dinesh Karthik, who has done well as a finisher but is still not a sure starter in the eleven. Ambati Rayudu grabbed his chance with a match-winning 90 in the fifth ODI, probably enough to seal a place in the middle-order.

Nineteen-year-old Shubman Gill showed glimpses of his much talked about talent in the final two ODIs but did not allow himself to settle in his debut series. In Kohli's absence, he might get to bat at number three again.

Besides Pant, the others who have joined the team are spin all-rounder Krunal Pandya and Punjab pacer Siddharth Kaul.

In the absence of seniors like Jasprit Bumrah, Mohammad Siraj and Khaleel Ahmed have not made much of an impact and they will be aiming for a breakthrough performance.

Dhawan did not do well in the last three ODIs against New Zealand and is eager to finish the tour on a high.

Ahead of the game, he was also seen practising with a tennis ball to counter the bounce and swing generated by the home team's pacers.

New Zealand will be desperate to turn things around after a 1-4 drubbing. They do hold an upper hand over India in the shortest format. They beat India 2-0 in the 2008-09 in the sole bilateral series played on New Zealand soil till date.

The ball swung initially at the Westpac Stadium on Sunday and New Zealand pacers will be itching to exploit that but they won't have the services of premier fast bowler Trent Boult, who has been rested.

It will be interesting to see what rookie all-rounder Daryl Mitchell and pacer Blair Tickner do in their debut series.