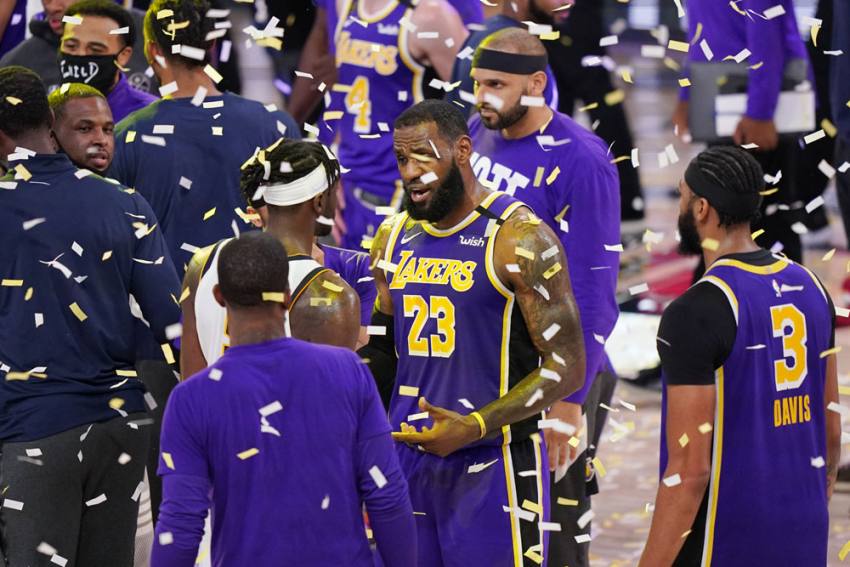 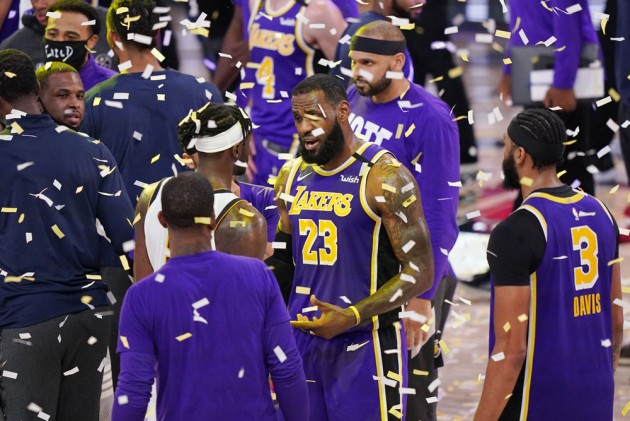 The Los Angeles Lakers advanced to their first NBA Finals in a decade after LeBron James' triple-double secured a series victory over the Denver Nuggets. (More Sports News)

Not since winning their last championship in 2010 had storied franchise the Lakers reached the NBA showpiece.

But James helped end that drought as the top-seeded Lakers topped the Nuggets 117-107 on Saturday to seal a 4-1 series victory in the Western Conference finals.

James posted 38 points, 16 rebounds and 10 assists to lead the Lakers at Walt Disney World Resort in Orlando, Florida, where he will contest his 10th NBA Finals – the fourth player in history to do so.

King having some words mid-bucket

It was James' 27th career playoff triple-double as the 35-year-old eyes a fourth championship ring, with the Miami Heat or Boston Celtics awaiting in the Finals.

All-Star team-mate Anthony Davis contributed 27 points for the Lakers, who will make their 32nd Finals appearance.

The third-seeded Nuggets became the first team in NBA history to overcome a 3-1 deficit to win a series twice in the same postseason en route to the Conference finals.

But they were unable to produce another comeback, despite 20 points apiece from Nikola Jokic and Jerami Grant.

Nuggets star Jamal Murray was limited to just 19 points as the Nuggets bowed out of the Orlando bubble.

Can the Celtics level the series or will the Heat book their spot in the Finals? The two teams will meet in Game 6 of the Eastern Conference finals on Sunday, with the Heat leading 3-2.