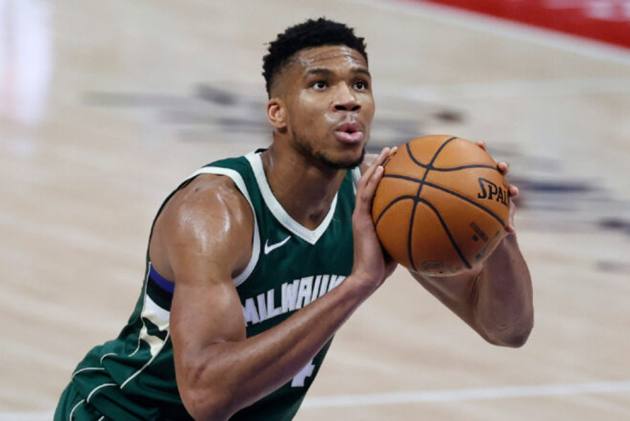 The Milwaukee Bucks entered the Fiserv Forum tonight with their season on the line, almost. A loss wouldn’t have eliminated them, but it would have stacked the odds severely against them as no team has come back from a 3-0 deficit in the NBA Playoffs. However, Giannis Antetokounmpo was not going to let the Bucks lose Game 3, that too at home. (More Sports News)

Antetokounmpo picked up from right where he left in Game 2. On Sunday night (Monday morning IST), the two-time MVP poured in 41 points, 13 rebounds, and six assists to help Bucks to a 120-100 win and reduce the Phoenix Suns’ lead to 2-1. The Greek star joined Shaquille O’Neal as the only players in the NBA Finals history to record 40-point 10-rebounds in back-to-back games.

Not just that, Antetokounmpo became the sixth player in NBA Finals history with 40 points in consecutive games joining Michael Jordan, Jerry West, Shaquille O'Neal, Rick Barry, and LeBron James. But Antetokounmpo was quick to brush away those comparisons, “I’m not Michael Jordan. Four straights? That’s crazy. But all I care about right now is getting one more. That’s all.”

Coach Mike Budenholzer was full of plaudits for his star praising his team-first play. “He's just doing whatever it takes to help his team, to help us,” said Budenholzer. “He’s in an aggressive mindset. He made some great reads, found guys, played against the zone. He just did a little bit of everything.”

The Suns fought through the game, but the Bucks pulled away in the second half. Devin Booker had his worst game of the Playoffs scoring just 10 points on 3-of-14 from the field and 1-of-7 from deep.

Booker is ready to move past this effort and put his team in a better position for Game 4. “It didn’t go well, obviously but there are nights like this,” said Booker. “But we have a few days off here. We’re going to get back right and going to go over film and be ready Wednesday.”

The Suns had equal production from most of the team, but no player was able to score 20 points. Chris Paul led them with 19 points and nine assists, with DeAndre Ayton and Jae Crowder adding 18 points each. Mikal Bridges slumped from his 27-point performance in Game 2 to just four this game.

With Game 4 at home, Bucks will look to level series and improve their home record this post-season to 9-1 with another win. If Suns get their act together and take one on the road, a 3-1 lead will put them in a position to clinch the championships on their home floor in Game 5.

Game 4 will take place on Thursday, 15 July, 6:30 A.M. IST and will be available on Disney+Hotstar, Star Sports Select, and NBA League Pass.