Amir had last year quit Tests to focus on white-ball cricket as he felt his body could not take the load of playing all the formats. 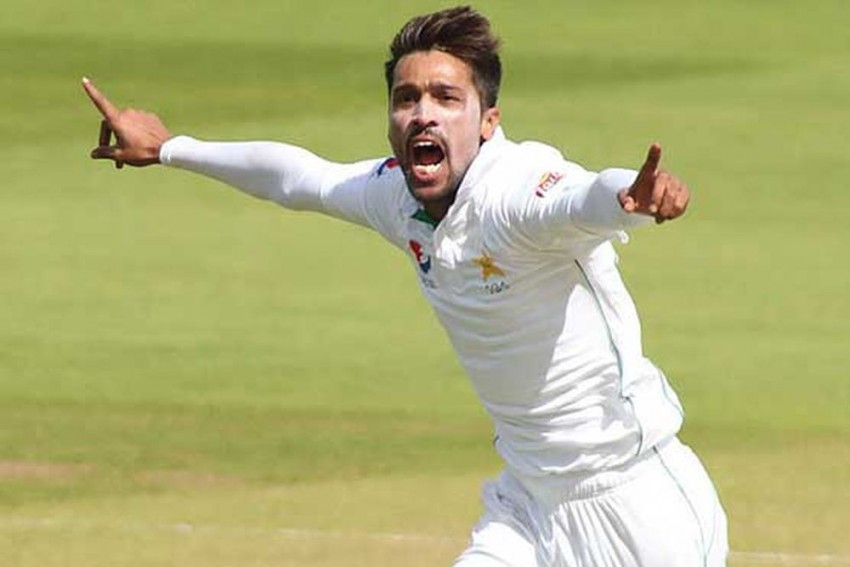 Pakistan fast bowler Mohammad Amir on Thursday announced a dramatic end to his international cricket career, alleging that he has been "mentally tortured" by his national board's management. (More Cricket News)

The 28-year-old left-arm pacer made the surprise announcement in a video interview released by Pakistani website 'Khel-Shel'.

"I am quitting cricket this time because I have been mentally tortured. I can't bear this torture. I had faced torture from 2010 to 2015, I remained outside cricket for whatever the reason. I served the punishment and did everything," Amir, who is currently in Sri Lanka, said referring to the ban he served for his involvement in spot-fixing.

"But I feel tortured by this continuous talk that PCB (Pakistan Cricket Board)has invested (on me). I can't play under this current management."

Amir had last year quit Tests to focus on white-ball cricket as he felt his body could not take the load of playing all the formats. He claimed 119 wickets from 36 Tests after making his debut in 2009. He served a five-year ban from 2010 to 2015 on charges of spot-fixing.

"I can give my best for Pakistan in white ball cricket. But every month or two they say something about my bowling, or I am ditching this and that, there is no workload on me etc.

"It means that I have been given wake-up call that I am not in the scheme of things and I should be on the sidelines. With all these thought I am doing this (quitting). I am reaching Pakistan in one or two days and I will give a statement stating the reasons," he said alluding to his omission from an ongoing tour of New Zealand.

Bowling coach Waqar Younis had recently stated that Amir did not quit Tests because of workload and the reasons were best known to the bowler.
The PCB issued a short statement after its chief executive Wasim Khan spoke to Amir once the video of his interview went viral on social media.

"The 29-year-old confirmed to the PCB chief executive that he has no desires or intentions of playing international cricket and as such, he should not be considered for future international matches," the statement said.

"This is a personal decision of Mohammed Amir, which the PCB respects, and as such, will not make any further comment on this matter at this stage," it read further.

A source close to Amir said the bowler has conveyed to the PCB his disappointment at the way he was treated by the national selectors and the current team management.
Amir was a part of the Pakistan squad which won the 2009 World T20 Cup and was also there when they won the Champions Trophy title in 2017.

He said only two persons -- former PCB chief Najam Sethi and ex Pakistan all-rounder Shaheed Afridi -- had helped him after he came back after serving his ban.

"I will give credit only to these two people. Mr Sethi had helped me single-handedly ... and when everybody said after I came back that don't play with Amir, at that time Afridi helped me."

"I took my personal decision but it was presented in a wrong way that I don't like to play for my country. Who does not want to play for country?" he asked.

Amir participated in the Lankan Premier League (LPL) which concluded on Wednesday.

He bowled exceptionally well in the tournament for the Galle Gladiators, who ended as the runners-up after losing the final to Jaffna Stallions.

Dominating Australian Batters In Their Own Backyard Was Huge, Says Smriti Mandhana