What does Steven Fletcher have to do with record-breaking Mohamed Salah? And how bad is Fulham's London derby form? Read on to find out... 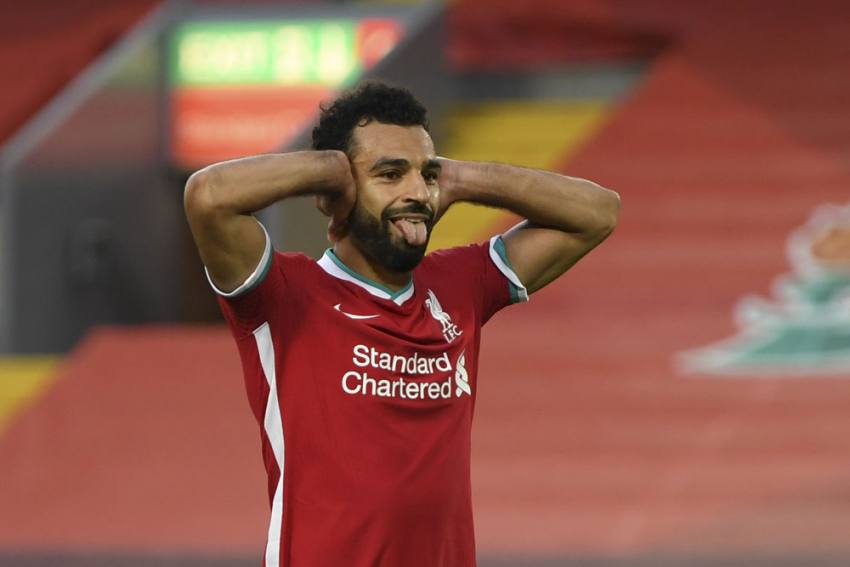 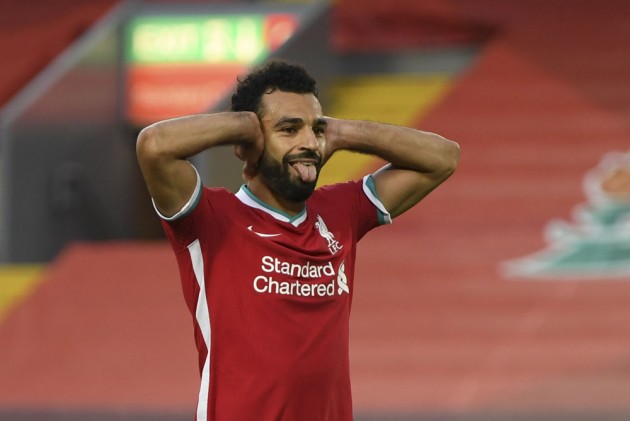 From a seven-goal spectacle at Anfield to another London derby win for Arsenal, there was excitement to behold almost everywhere you looked (unless you were looking for Harry Kane in the Everton penalty area, where he touched the ball twice).

We saw Mohamed Salah set a new Premier League record, a rotten moment for Virgil van Dijk and a lousy start to life back in the big time for the three promoted clubs - although they do have a reason not to be too worried.

By now, you're probably wondering why Steven Fletcher was in the headline. Fear not, dear reader: like a Premier League referee spotting that mysterious VAR screen on the touchline, you'll soon see there's a reason for everything.

Read on for some of the quirkiest facts from the first weekend of the 2020-21 season...

40 - Mohamed Salah's hat-trick yesterday was the 40th scored by a Liverpool player in the Premier League, more than any other side in the competition. Naughty. pic.twitter.com/kowlc4GSzE

Leeds United lost 4-3 to champions Liverpool in an absolute belter at Anfield, while Fulham and West Brom each suffered rather more one-sided 3-0 defeats to Arsenal and Leicester City.

Those results mean this is the first season since 2013-14 in which the three promoted sides all lost their opening Premier League matches.

There's no need to fret just yet, though. Of those teams seven years ago - Crystal Palace, Hull City and Cardiff City - only Cardiff were relegated at the end of the season. Palace finished as high as 11th.

In case you wondered, no season has ever seen all three promoted sides win on matchday one in the Premier League.

Salah and Jamie Vardy each scored two penalties over a weekend featuring just five games. There was only one instance of a player scoring twice from the spot in a single match in last season's 380 Premier League games (Troy Deeney against Newcastle United).

In total, 54 players have scored two penalties in a match in Premier League history; nobody has ever managed three.

Only four players have suffered the ignominy of missing two spot-kicks in a single game: Mark Draper against Newcastle in August 1994, Juan Pablo Angel against Fulham in February 2005, Darren Bent versus Tottenham in April 2010, and Saido Berahino against Watford in April 2016.

Van Dijk's generous but perplexing decision to cushion the ball down and set up Patrick Bamford to score means he has now made two errors leading directly to goals in his past four league games. He only committed one such mistake in his first 154 Premier League appearances.

Since his Southampton debut on September 12, 2015, 13 outfield players have made more errors leading to goals in the Premier League than Van Dijk. He is in esteemed company on three, alongside the likes of Sol Bamba, Erik Pieters and, yes, David Luiz (and two above Harry Maguire).

He has some way to go to reach the top of this particular chart, though. Since Van Dijk's debut in the competition, John Stones and Granit Xhaka lead the way on six errors leading to goals.

Fulham were soundly beaten 3-0 by Arsenal on Saturday, stretching their run in Premier League London derbies to 11 defeats in a row (they lost 10 in 2018-19). That's the worst record in history.

In the all-time top-flight London derbies table (yes, that one), Fulham sit on 126 defeats and 41 wins from 223 matches. That's as many victories as Crystal Palace, nine behind Wimbledon, and 19 fewer than Queens Park Rangers.

Top of that particular table is Arsenal, unsurprisingly, who have won 324 of their 691 capital clashes. Chelsea are next on 256 wins - just two above Tottenham.

Bottom of the pile are Leyton Orient, with two wins from eight games. So, Fulham fans - it could be worse.

The Egypt star has now been on the winning side in each of the past 35 league games in which he has scored, which is a record in the competition, one more than the previous best held by Wayne Rooney for Manchester United from September 2008 to February 2011.

As the old adage has it, goals win football games - unless your name is Steven Fletcher. The Scotland striker boasts the unenviable record of having scored in 10 consecutive matches for Wolves in 2011-12 without ever being on the winning side.