The first round of the new Mizoram Premier League season has concluded with Mizoram Police and Chanmari FC earning deserved victories while Aizawl FC held Chhinga Veng FC to a draw in last season's final rematch. 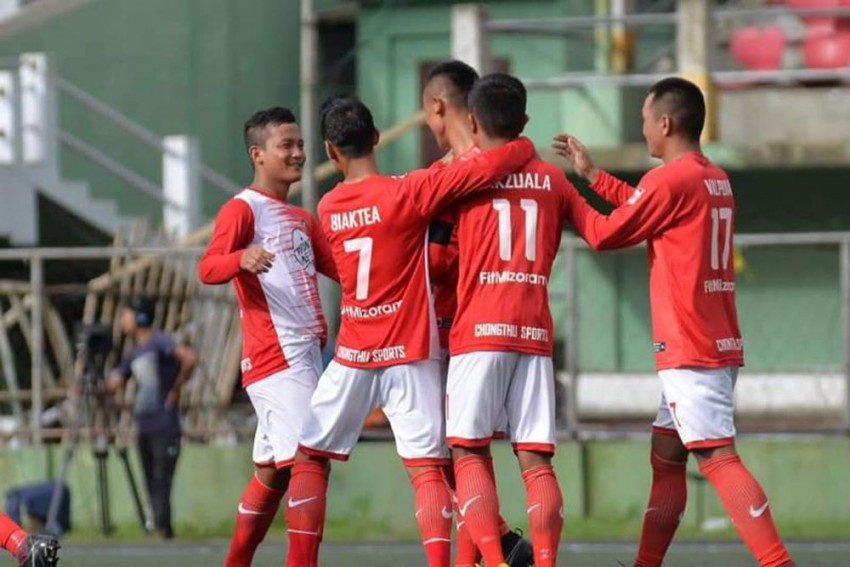 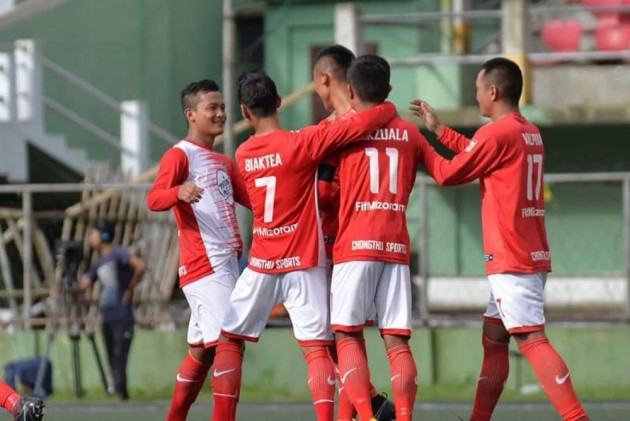 Aizawl FC were held to a draw by Chhinga Veng in the first round of Mizoram Premier League, Season 8. Meanwhile, Mizoram Police and Chanmari registered wins.

After a 6-1 drubbing of their same opponents in the MFA Super Cup, Mizoram Police faced newly promoted Chawnpui FC in the first fixture of the day.

A bright start from Chawnpui FC saw them squander two half-chances from Lalsangpuia and Lalthlamuana early in the match. It was a different story at the other end when Lalbiakhlua struck on the 14th minute for Mizoram Police with their first clear cut chance of the game.

Resolute not to face the same fate as their last encounter, Chawnpui pressed on only to find themselves on the end of loose balls and half chances.

Police grabbed their second soon after the restart with Lalhmunmawia heading in a freekick delivery from R. Malsawmtluanga. Hmunmawia and Lalbiakhlua came close to adding to the score before Lallawmsanga pulled one back for Chawnpui FC.

The goal lifted the Chawnpui team but they were ultimately unable to find an equaliser before the final whistle.

Chhinga Veng FC were made to reflect on what could have been a perfect start to their campaign as a late goal from Lalramhmunmawia denied them a victory in the second fixture of the day at Lammual.

Last year's runners up were on their way to a victory when Aizawl FC defender Lalramhmunmawia netted from close range from Joe Zoherliana's delivery in the last minute of added time to end the at 2-2.

Aizawl FC had been the better team in the first half as they controlled and utilised possession to better effect for much of the first half. Isak Vanlalruatfela broke the deadlock on the 27th minute to give his side a deserved lead.

But Chhinga Veng FC did not relent to pressure after going behind and they were given a big break when Aizawl FC defender Juuko Richard was penalised for a hand ball inside the box. MC Malsawmzuala stepped up and gave his side an equaliser going into the second half.

Chhinga Veng shone in the second half as they looked to turn the game around. They had little whiffs of goal before MC Malsawmzuala struck again in the 7ist minute with a deflected freekick to put his side 2-1 up. Chhinga Veng had looked like they were on course to victory until some poor marking gave their lead away in an entertaining match up.

Two-time champions Chanmari FC earned a 3-1 victory over Ramhlun North FC in the final match of the day under the floodlights at Lammual.

Playing under former East Bengal wideman S. Malsawmtluanga, Chanmari FC were the better team from the start and duly took the lead on the 16th minute through H. Lalmuankima.

But Ramhlun North FC did not stay quiet for long as they managed to equalise on the 44th minute through skipper Jessy Vanlalmuana, giving his team some much need morale boost.

They could not carry their momentum into the second half though as Chanmari FC struck again in the 54th minute. Talisman Lalnunzama wrong-footed his marker as he went inside from the left turning the defender and belting in a stunner with his right into the top corner. Surely a contender for goal of the season.

Ramhlun North almost retaliated with Lalnunzria but his shot was denied by the safe hands of last year's MPL best goalkeeper winner Zothanmawia who also denied Lalmawizuala from a set piece. And it was Chanmari FC who struck again in stoppage time with last season's Best forward MS Dawngliana getting his name on the scoresheet.

US Open 2019: Bianca Andreescu Revels In Incredible Rise Ahead Of Final With Serena Williams