Home  »  Website  »  Sports  »  Misbah Ul-Haq's Sarcastic Take On The Plight Of Pakistan Cricket Is One For The Ages, And Don't Miss Sarfaraz Ahmed's Expression - WATCH

Pakistan, the top-ranked T20I side in the world, were whitewashed 0-3 by a depleted Sri Lankan side in Lahore days after winning the ODIs even as fans in the cricket-mad country got a taste of proper international fare for the first time in more than a decade 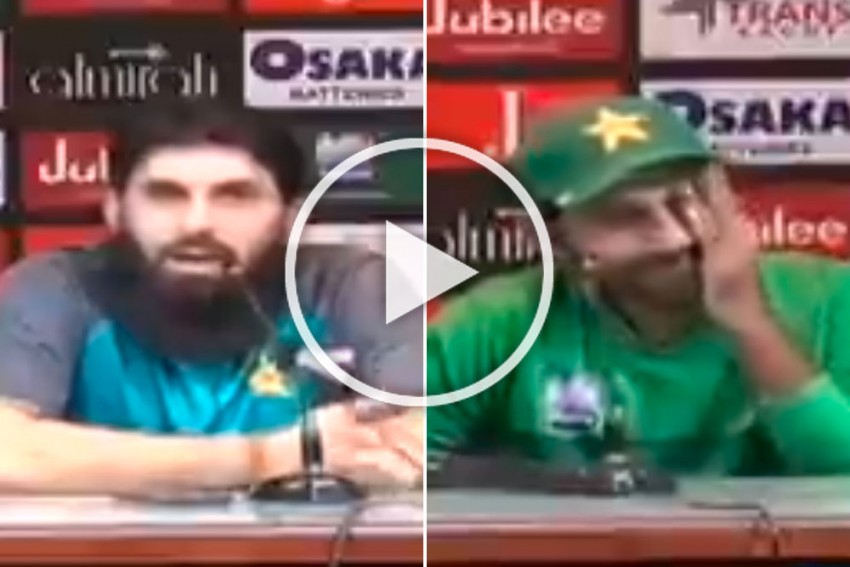 Sarfaraz trying not to laugh, or trying his best to hide.
Screengrab: Twitter
Outlook Web Bureau October 10, 2019 00:00 IST Misbah Ul-Haq's Sarcastic Take On The Plight Of Pakistan Cricket Is One For The Ages, And Don't Miss Sarfaraz Ahmed's Expression - WATCH 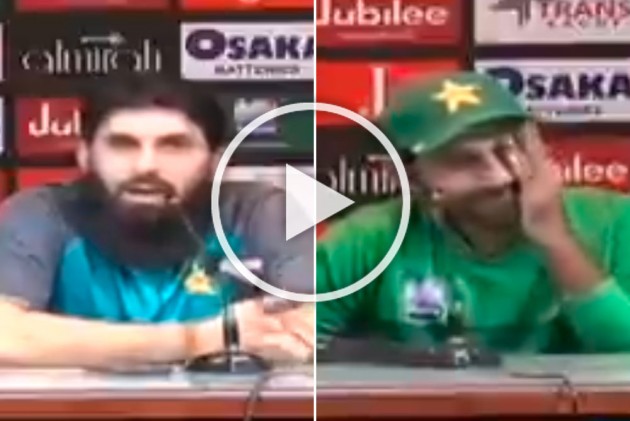 Misbah Ul-Haq is the first-ever head coach-cum-chief selector of Pakistan cricket, and he sure wields some power. That power was in full display on Thursday when he sarcastically claimed that the reason for Pakistan's 0-3 defeat in the three-match T20I series against a depleted Sri Lankan side was due to his arrival. It was so brutal that skipper Sarfaraz Ahmed, still a novice when it comes to press conferences and taking questions, was forced to hide his face. (More Cricket News)

Misbah's answer to a journalist asking what had happened for the top-ranked side to suffer a series whitewash was a plain and simple "I happened" snub. Yes, he's the lord commander of Pakistan cricket and also the chief nutritionist, besides others. So, most of the questions were directed towards him. And he didn't disappoint the gathering, except maybe  Sarfaraz. Or maybe not.  Because, who dares not enjoy Misbah in full flow.

What rubbish answer by @captainmisbahpk

don't expect professionalism, mannerism from a 'YES-MAN' like misbah

he will surely ruin this Pakistan limited overs team, which was built by hard work of Micky Arthur #PAKvSL pic.twitter.com/LDJKNzqITp

But he was dead serious when he said that he hasn't "done anything in the last 10 days that could have deterred anything."

"The strategy was simple: to cash in on the Powerplay and later go all out in the last five overs. These are the same players who took Pakistan on top [in the T20I rankings] but in this series they were not able to execute things well with the bat, ball and while fielding," he added.