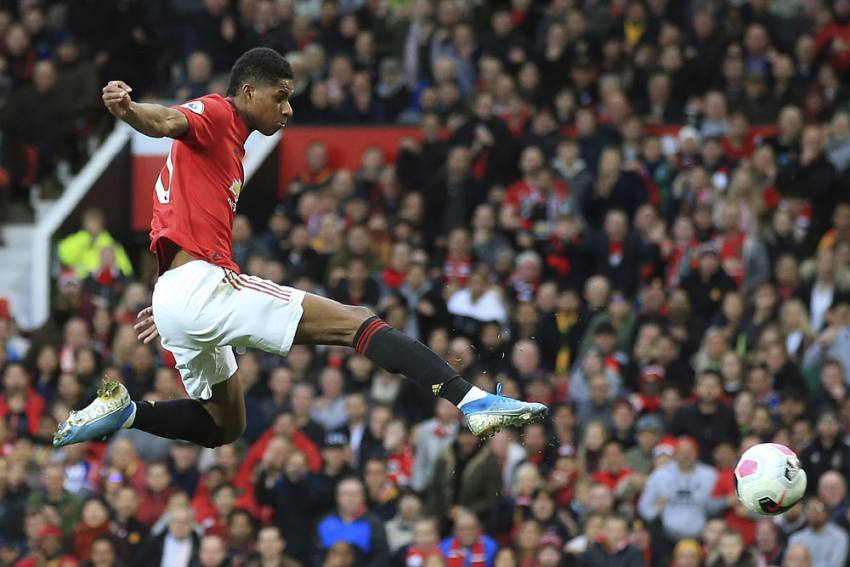 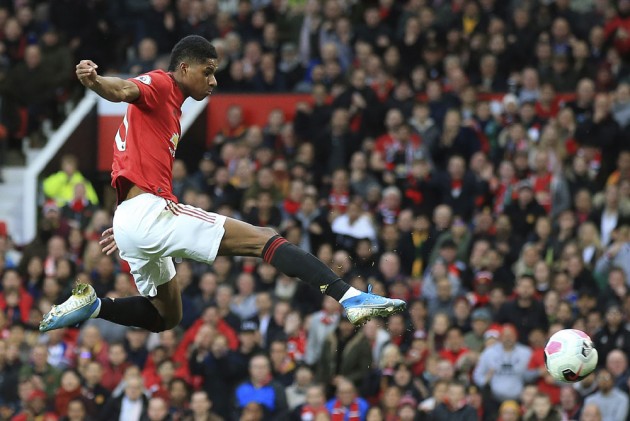 There has been plenty of buzz around the United No 10's comparisons with the former Red Devils star Ronaldo and Yuvraj in a conversation with Rashford in Sony Ten Pit Stop echoed similar sentiments.

"I somehow relate Marcus (Rashford) to Ronaldo. When I see the pace with which he's running with the ball, doing the nutmegs, he's definitely someone who has the caliber to reach that level in future," Yuvraj said during the conversation.

Sporting a Man U jersey, the World Cup-winning former India all-rounder further said: "I pretty much order a new jersey every season whenever the logos change. I get my number at the back as well. I've been following them for 20-22 years."

Picking Ryan Giggs as his personal favourite, the 38-year-old said: "I think Giggs because of the left foot most of the time. Then there was Ruud van Nistelrooy and with Ronaldo coming the forward was very special.

"I see the same quality of that forward line now with Marcus, Anthony (Martial) and (Mason) Greenwood -- who is really special. Just the love for Reds is always there," Yuvraj added.

Reacting to the comparisons, the 22-year-old Manchester United forward said it feels great to know football fans have hugh expectations from him. "

"They appreciate that you might not be there yet but you have the potential to get there. We have all loved comparisons. These days the thinking in young players' mind is just about being the best that you can be. That's why I feel the generation of football keeps moving forward. Growing up in a sport 20 years ago is different than what it is now," Rashford said.

The fleet-footed England striker is coming back from a back injury which he suffered earlier this year and is now fully fit.

Rashford's availability gives a big boost to the Red Devils as their Premier League season resumes against Tottenham on June 20 behind closed-doors post the COVID-19 pandemic.

"I'm just excited for the game to start again. It's a little disappointing that there's going to be no fun but they can at least watch it on TV. People can start to enjoy the sport again. That's what football is all about...

"It's a game that puts a smile on people's faces and that's what makes the game so great. We feel happy to be able to play again," he said.

Post-injury rehab, Rashford got some much-needed game time in the two friendly matches against West Brom.

"I've been training now for two-three weeks. It's important to get the fitness level back again. You would want to feel like going into the game again."

The Ole Gunnar Solskjaer's side won 2-0 against Man City in their last Premier League fixture on March 8 and the return of Rashford will only bolster the side, currently outside top-four.

"This club is about winning trophies. We have so many young players in the team. The average age is one of the youngest. The only way to mature on a football pitch is by winning big games, trophies. That's how you learn. You have to get used to winning as soon as possible," he asserted.

The duo also spoke about cricket and Yuvraj reminisced about his record six sixes against Stuart Board in their Twenty20 World Cup winning campaign in 2007, something that helped him overcome an earlier failure.

Recollecting their ODI against England in 2007 under Rahul Dravid's captaincy, Yuvraj said: "I was playing a game at the Oval and I don't know why the captain gave me to bowl the last over. Dimitri Mascarenhas hit me for five sixes in that over and I couldn't sleep for the next 15 days.

"The calls and messages from my friends were really disheartening. I never got so many calls when I scored a hundred. Then I remember when I hit six sixes I did not look at Broad or anyone, I looked at Dimitri and said 'This is over now, this is gone to bed'. It was very satisfying that I could do it against the same team," Yuvraj signed off.