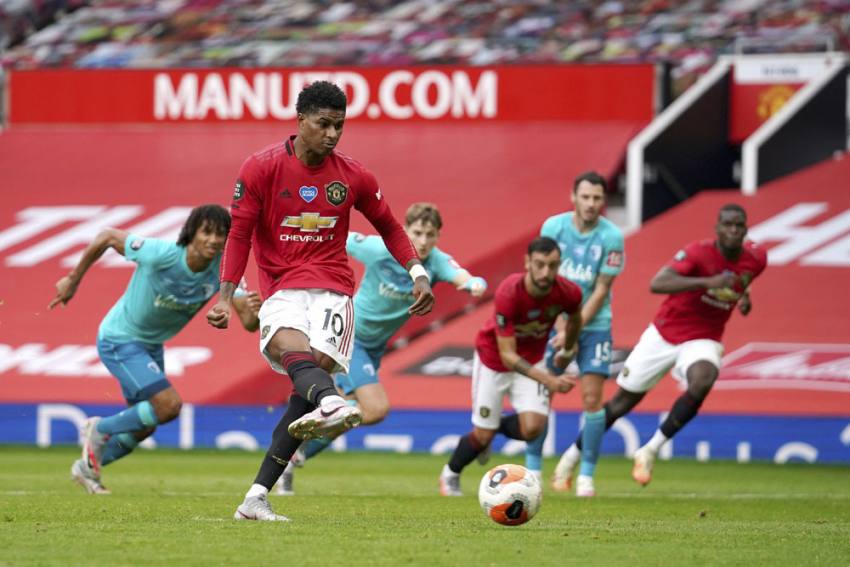 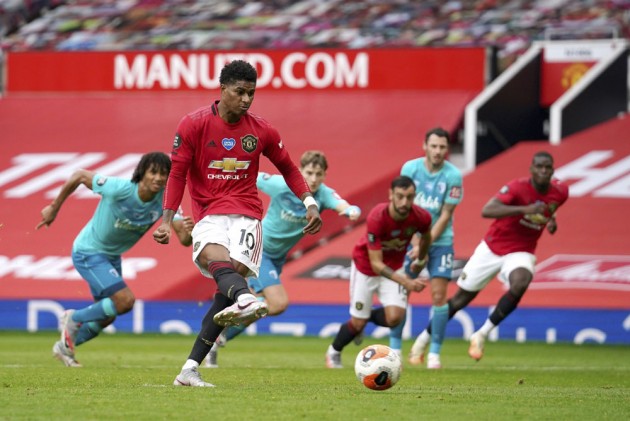 Manchester United moved into the top four as Mason Greenwood struck a brilliant brace in a 5-2 victory over relegation-threatened Bournemouth. (More Football News)

Ole Gunnar Solskjaer's side went above Chelsea ahead of the Blues' game against Watford with a win that extended their unbeaten run to 16 games in all competitions.

They fell behind to Junior Stanislas' opener, but led at the break through first-half efforts from Greenwood, Marcus Rashford and Anthony Martial.

Joshua King's penalty reduced the deficit, yet Greenwood's second stunning strike was added to by Bruno Fernandes' free-kick as United marched on.

5 - Manchester United have scored five goals at Old Trafford in the Premier League for the first time since December 2011 vs Wigan (5-0) - they last scored more there in their 8-2 victory over Arsenal four months prior. Best. pic.twitter.com/uJIXb5EIUV

The Cherries took a shock 16th-minute lead when Stanislas followed up his initial blocked effort and nutmegged Harry Maguire on the byline before beating David de Gea at his near post.

It was the first time United had conceded in 500 minutes in all competitions, but they soon roared back when Greenwood blasted in a venomous left-footed drive having been found by Fernandes.

And six minutes later, United were ahead. Adam Smith needlessly handled the ball following Martial's downward header and Rashford stuck the resulting penalty into the bottom-right corner of the net.

That put Rashford ahead of Martial in their personal goals duel, though the Frenchman also moved onto 20 for the campaign in emphatic fashion, cutting in off the left flank and rifling into the top corner with a brilliant right-footed strike.

Bournemouth were handed a route back into the match when United made a sloppy start to the second half.

De Gea had already saved from Lewis Cook and Arnaut Danjuma hit the post after Maguire gave the ball away before Eric Bailly handled trying to control Nemanja Matic's pass.

King converted the penalty against his old club, only for Greenwood to again deliver an emphatic response six minutes later, this time with his right foot.

Fernandes, with two assists to his name already, then got in on the act as United scored five at Old Trafford in a Premier League game for the first time since 2011.

What does it mean? Five-star United show resilience

This was not a vintage United display – certainly at the back – but they responded brilliantly on the two occasions Bournemouth scored when in the past they may have crumbled after conceding.

The Cherries, who sit 19th, climbed three places above United when they won the reverse fixture back in November, and the two teams have certainly been on opposite trajectories since.

Solskjaer says he wants another striker, but he will struggle to find one that can finish like 18-year-old Greenwood.

He was clinical with his left foot, then his right, and has already moved onto eight Premier League goals this term.

5 - The top five most goals by players aged 18 or younger in a single Premier League season. Famous. pic.twitter.com/DAyn9SD9Jy

Roy Keane's scathing criticism of United's number one last month was probably still ringing in De Gea's ears when he let Stanislas' effort beat him at his near post.

It did not cost United on the day, but the Spaniard's growing collection of mistakes must be factors when the club decide what to do with Sheffield United loanee Dean Henderson next season.

United visit another side fighting to stay in the division when they travel to Aston Villa on Thursday, while Bournemouth host Tottenham on the same day.