Despite going down 1-0 at home to Manchester United, Manchester City are through to the EFL Cup final to face Aston Villa 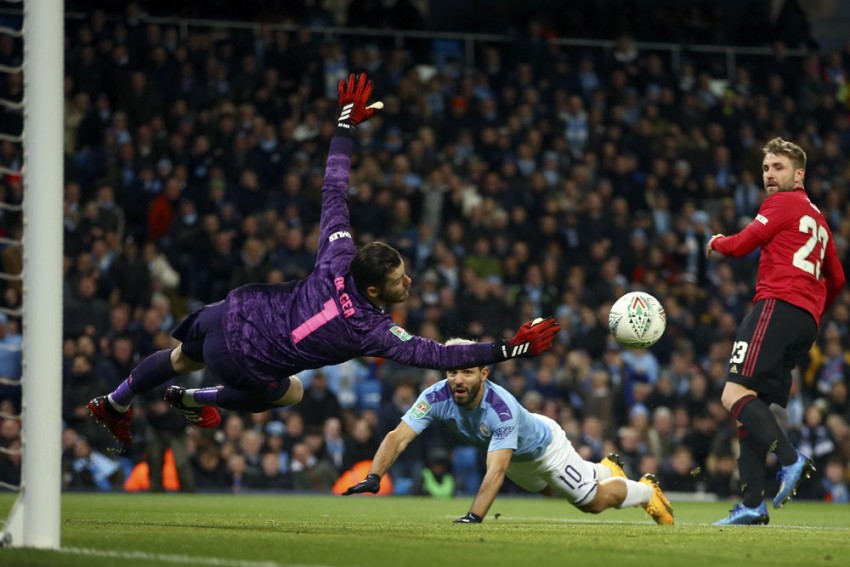 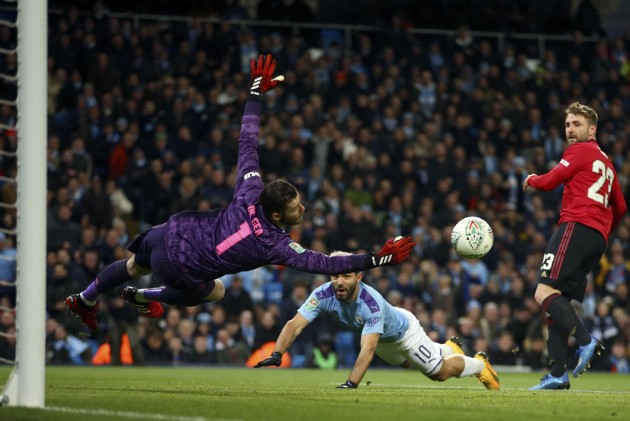 Manchester City will get the chance to defend their EFL Cup title in the final against Aston Villa after beating Manchester United 3-2 on aggregate, despite Nemanja Matic – who was also sent off – inflicting a 1-0 defeat in Wednesday's second leg. (More Football News)

City produced a wonderful display in the first meeting at Old Trafford and were arguably unlucky to only win 3-1, though it proved to be enough to send Pep Guardiola's men to Wembley even though they failed to meet expectations at home.

Despite finding themselves under extreme pressure at times in the first half, United managed to go into the break ahead thanks to Matic's satisfying strike in the 35th minute, casting some uncertainty over City's command of the tie.

But United were unable to use that goal as a launchpad, as Ole Gunnar Solskjaer's men failed to craft further meaningful chances and Matic's late dismissal for a second booking effectively ended their hopes.

FULL-TIME | WEM-BER-LY!!! An aggregate win sees us through to the @Carabao_Cup Final where we'll face Aston Villa for the trophy!

City looked eager to kill off United's chances as early as possible, with Sergio Aguero and Riyad Mahrez forcing David de Gea into fine saves in the first seven minutes.

United weathered that storm and took the lead just past the half-hour mark – Matic slamming a crisp half-volley into the bottom-right corner after Fred's delivery was only partially cleared.

Sterling had another opportunity in the 58th minute when he was played through on goal, but after checking back to evade Victor Lindelof and then De Gea, he blazed his effort over from 12 yards.

United were reduced to 10 men 14 minutes from time when Matic cynically tripped Ilkay Gundogan to halt a counter-attack, and City had little difficulty seeing out their aggregate win from there despite Aguero's late strike being disallowed for offside.

What does it mean? Bruno Fernandes arrival a necessity

Although United's midfield had plenty of bite from Fred and neat touches from Matic, creativity was sorely lacking – hence their difficulty to create opportunities.

Following Wednesday's news United have agreed a deal with Sporting CP for Fernandes worth €80million, it does at least seem as though the club's hierarchy is trying to solve their midfield issues.

It is fair to say De Gea has come in for plenty of criticism over the past 18 months, and rightly so. But on Wednesday he showed just how important he can be for United, making several vital saves. His efforts proved irrelevant in the end as his team lacked quality in attack, but he at least gave them a chance.

Sterling certainly gave Aaron Wan-Bissaka plenty to think about, but he made an unnecessarily early run for his goal that was chalked off and then spurned a wonderful chance to make it 1-1.

4 - Nemanja Matic has scored just his fourth goal for Manchester United in all competitions and first since Boxing Day 2018 vs Huddersfield - 399 days ago. Glimmer. #CarabaoCup #MNCMNU pic.twitter.com/zC7yWaVFT0

- City are the third side to reach three consecutive EFL Cup finals after Liverpool (four in a row between 1981 and 1984) and Nottingham Forest (1978 to 1980).
- United have been eliminated at the semi-finals of the EFL Cup on six occasions – only Arsenal, Tottenham and West Ham have been knocked out at this stage of the competition on more occasions (seven each).
- The Red Devils have won consecutive away matches against City for the first time since winning four in a row between November 1993 and November 2000, with each victory in that run coming in league games.
- Solskjaer is just the third manager to win two away matches against Guardiola in his managerial career, after Jose Mourinho and Jurgen Klopp.
- Matic was the first United player to score and be sent off in a game since Wayne Rooney against West Ham in the Premier League back in September 2014.

City go to Tottenham in the Premier League on Sunday, as Guardiola renews his rivalry with Jose Mourinho. United host Wolves the day before.