Madrid Boss Zinedine Zidane Responds To Juventus Speculation: They're Still Important To Me 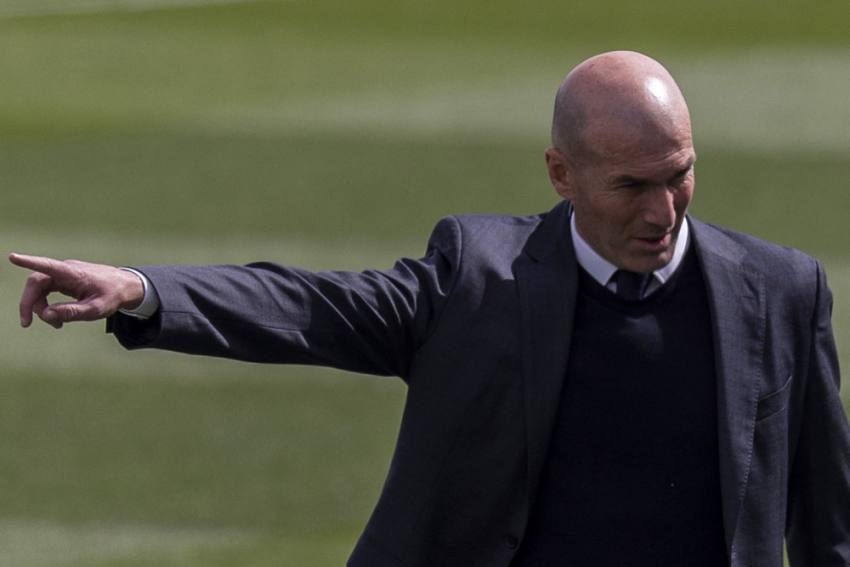 Zinedine Zidane spent five years at Juventus, winning two Serie A titles among other honours before joining Madrid in 2001, and the Frenchman did not rule out a possible Bianconeri reunion
File Photo - AP
Omnisport 2021-04-07T20:36:04+05:30 Madrid Boss Zinedine Zidane Responds To Juventus Speculation: They're Still Important To Me 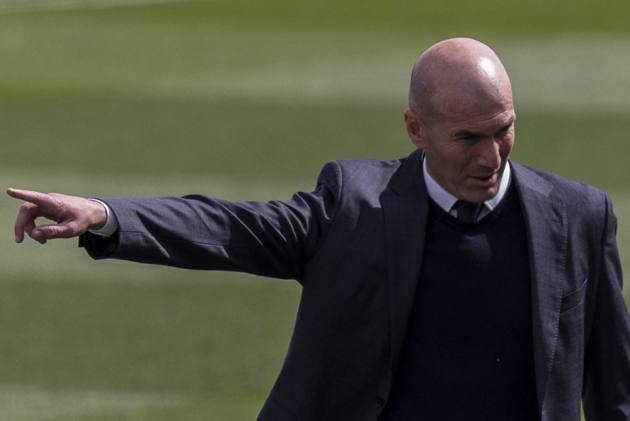 First-year Juve coach Andrea Pirlo is under mounting pressure in Turin, where the Italian giants are fourth in Serie A and in danger of missing out on Champions League qualification for next season.

Cristiano Ronaldo's Juve were stunned by Portuguese side Porto in the Champions League last 16 this term.

Former boss Massimiliano Allegri – who left in 2019 – has been linked with a return after meeting president Andrea Agnelli.

Zidane: "It’s a fair result, I am happy for the players because they put in in an incredible effort." pic.twitter.com/lEtgogzobf

Zidane spent five years at Juventus, winning two Serie A titles among other honours before joining Madrid in 2001, and the Frenchman did not rule out a possible Bianconeri reunion.

"Both, Italy is in my heart, I spent five years in Turin and Juventus are still important to me," Zidane told Sky Italia.

Zidane was speaking after Madrid defeated Liverpool 3-1 in the opening leg of their Champions League quarter-final tie on Tuesday.

Vinicius Junior scored twice for hosts Madrid in the Spanish capital, where Marco Asensio was also on target against the Premier League holders in the absence of centre-back duo Sergio Ramos and Raphael Varane.

Toni Kroos teed up Vinicius for the opening goal with an exceptional pass in the 27th minute before Trent Alexander-Arnold's error gifted Asensio a goal of his own nine minutes later.

"I'm happy for him because he needed to score, like Marco [Asensio] or Karim [Benzema] do," said Zidane, who took charge of his 50th Champions League fixture with his 31st victory – only Jupp Heynckes (32) won more of his first 50 managerial games in the competition than the Frenchman.

"He's playing well, he's helping the team and he gets a boost by scoring a goal.

"Vini was lacking goals and he's going to gain a lot of confidence from today. He deserves it.

"I don't know if it was his best game [at Real Madrid], but two goals in a quarter final is something very important."

Madrid have progressed from 15 of their last 16 Champions League knockout matches after winning the opening leg, only failing to do so against Ajax in the 2018-19 round of 16.

In all European competition, no side has beaten Liverpool more often than Real Madrid (four, level with Benfica), with the Reds suffering defeat in each of the last four encounters with Los Blancos.

"We studied Liverpool pretty well before the game and prevented them from playing their way," Zidane said ahead of Saturday's Clasico showdown with LaLiga rivals Barcelona.

"We weren't going to play with three at the back with Varane, 4-3-3 was the preferred choice from the start."

"3-1 is a deserved victory, I'm proud of my team, we're in good form but the players are very tired now. I hope we recover well for the Clasico."

Zidane added: "We haven't won anything. We're happy with what we're doing. What the players are doing is tremendous considering the difficulties we've had."