India and England traded 13 wickets for 211 runs between themselves on Day 1 of the third Test in Ahmedabad. Catch highlights and cricket scores of IND vs ENG here 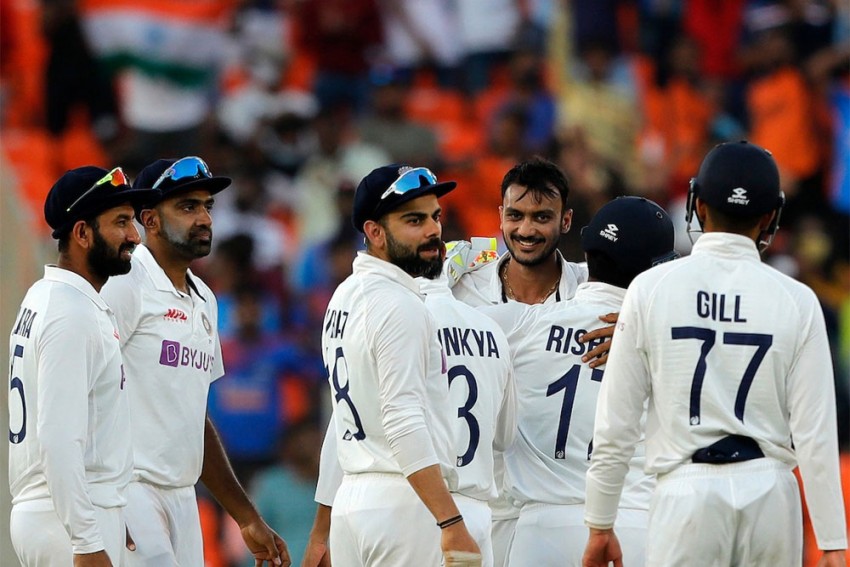 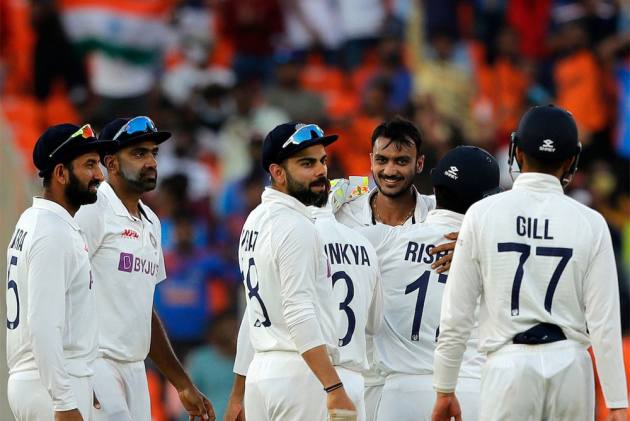 Axar Patel's devastating six-wicket haul bundled England out for 112 before Rohit Sharma's languid elegance shone through in an unbeaten half-century that handed India the edge on the opening day of the Day-night third Test in Ahmedabad on Wednesday. The spin combination of left-armer Patel and off-spinner Ravichandran Ashwin exploited the turning Motera pitch at the newly-inaugurated Narendra Modi stadium to the full and England's first innings folded in just 48.4 overs after the visitors opted to bat. Patel (21.4-6-38-6) grabbed his second five-for in his second Test while Ashwin (16-6-26-3) took three. At stumps, India were 99 for 3 from 33 overs with Rohit batting on 57 off 82 balls. Ajinkya Rahane (1) was giving him company following skipper Virat Kohli's dismissal in the second last over of the day. Kohli was dismissed for 27 off 58 balls by left-arm spinner Jack Leach (10-1-27-2). India trailed by just 13 runs with seven first-innings wickets in hand. Before this, Ishant Sharma, only the second Indian fast bowler after Kapil Dev to play in 100 Tests, fittingly took India's first wicket in the third over to open the floodgates for the hosts. He was accorded a guard of honour by his teammates after being felicitated by President Ram Nath Kovind and Home Minister Amit Shah ahead of his landmark game. Catch highlights and cricket scores of the India vs England match here:

1:41 PM IST: Refurbished Sardar Patel stadium in Ahmedabad has been renamed after PM as Narendra Modi stadium. Find out the details about the stadium here.

1:28 PM IST: It will be a milestone day for pacer Ishant Sharma, who will be featuring in his 100th Test match. Virat Kohli hailed his close friend Sharma as the 'stalwart of the Indian fast-bowling group'. Find out more here